Evergreen Harrison advanced through a gruelling gauntlet of players, in what was an example of how high-quality and competitive this year's circuit demands to be.

Morris - yet another big star dipping his toes on the tour - had progressed from his last four tie against Wayne Wootton after a decider.

​Lunn and Gibbs-Nicholls Lead The Way

​Both Lunn and Gibbs-Nicholls top the table following four wins from four matches each, although Lunn just shades first place because of frame aggregate. However, Gibbs-Nicholls recorded an impressive 5-3 victory over current and three-time world champion Amy Beauchamp.

Despite losing the aforementioned tie, Beauchamp was successful in her other two fixtures in Blackpool.

Results from the quarter-finals onwards

Results from the quarter-finals onwards 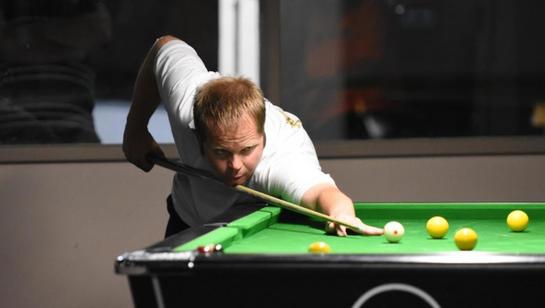 Sutton and Harrison are Brilliant in Blackpool

​​An exciting new era dawned for the EPA Pool Tour last weekend in Blackpool and stellar cueists Karl Sutton and Phil Harrison rose to the occasion by claiming the main event and open titles respectively. 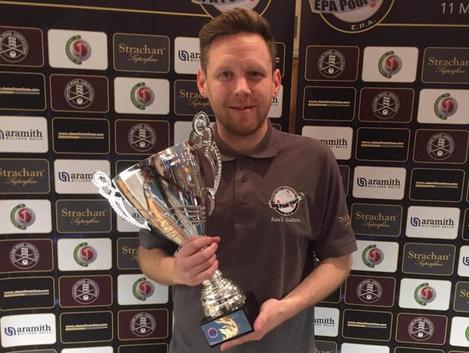 ​One-hundred and twenty eight of the sport's top exponents have signed up for this year's big money five-event series. A plethora of world and major champions, international players and rising stars from different codes came together for the opening leg of the tour at the popular Imperial Hotel on the seafront. Amongst the changes for the 2020 edition includes a double elimination qualification phase during the early stages which offers value for money for all.

​A new year and a new chapter, but it was business as usual for Lowestoft's Sutton who carried on from where he left off in 2019 to claim his second EPA Pool Tour main event title in a row; his fourth career title overall.

​The 2016 European champion began his campaign with victories over Spencer Daniels (7-4) and Simon Malam (7-3). Sutton did lose to Arfan Dad 7-6 in the winners qualification round, but this ultimately turned out to be a minor inconvenience as he recovered to defeat Lee Washbrook 5-2 and qualify for the last 32 straight knockouts.

There, Sutton barely escaped elimination when opponent Dom Cooney - the 2019 world championship runner-up - missed two black balls and spurned another opportunity to win. Sutton eventually prevailed by the skin of his teeth, 7-6.

​In comparison, the multiple-time world team championship winner with England brushed aside Jamie Clements 7-0 in the last 16 and followed that up with futher impressive triumphs over the returning Tom Cousins (7-2) and Adam Davis (8-6).

​Sutton's opponent in the final was Jack Whelan, who had to come through a deciding frame against Alex Lawrence to initially reach the last 32. The decorated Whelan then dispatched Dad, Harrison, Callum Singleton and the consistent Shane Thompson to reach the trophy decider. However, Sutton was in the mood for another piece of tour silverware as he saw off a third world champion in succession, establishing a convincing 6-0 lead before later confirming a 8-2 win and a cool £2,400 payday.

"I'm over the moon to win; especially now that the tour has opened up and with the new players who have joined, the overall standard is a lot harder, therefore making events tougher to win.

​I should have lost to Dom Cooney in the last 32 - I definitely got away with one there - but on the Sunday I played really well, beating three world champions in a row from the quarters."​​​