​The 2018 Swiss National Snooker Championship was recently decided in Basel and it was Jonni Fulcher who defended the title.

Throughout the season players competed in several events aiming to earn enough ranking points to qualify for the latter stages of the national championship, culminating with the last 4 cueing up across a 'Finals Day' on the 26th May.

Those Semi-Finals saw contrasting outcomes with Fulcher constructing a break of 125 on his way to defeating Kevin Wegmann 5-0, whilst Alain Vergère ousted Marvin Losi 5-4.

It was Vergère who made the stronger start to the final, chalking up breaks of 37 and 52 as he took control with a 2-0 lead.

However, the multi-talented Fulcher - who has also played in the World Cup of Pool before, turned the tables by winning the next six frames, highlighted by a run of 70, to retain the championship.

The picture above is courtesy of Erich Salzmann - many thanks to Erich and Daniel Holliger for their help in compiling this article. 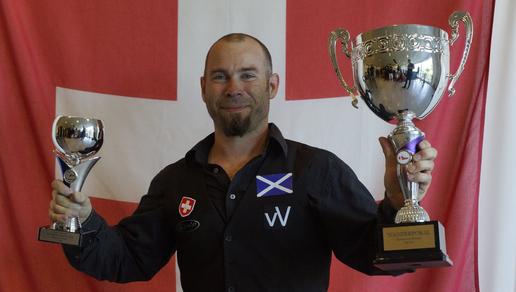