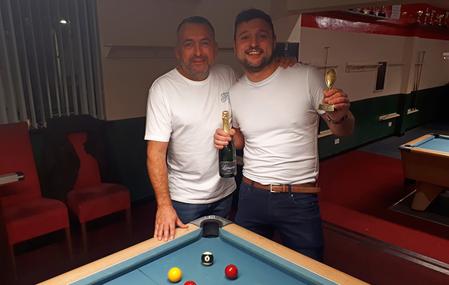 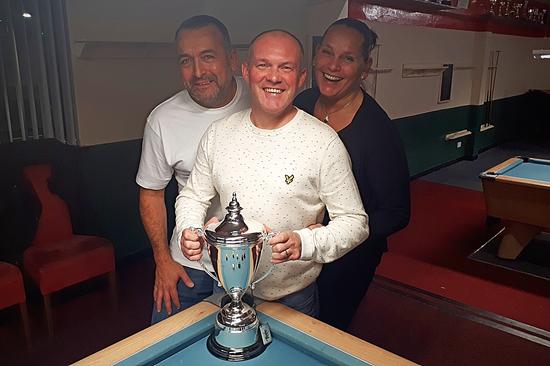 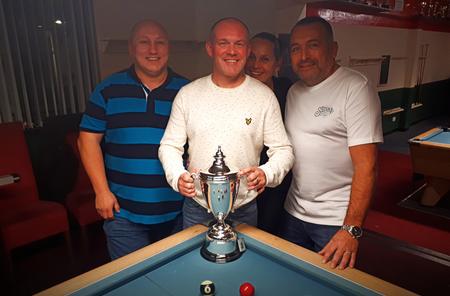 Staged on Monday nights at Cues Pool Club in the Plymouth city centre, the league was played to Blackball Rules and featured a unique best-of-three sets format, with a dramatic 'Black-Ball Shootout' if the scores were tied at 5-5 in the deciding set. Each week selected matches were live-streamed onto social media. ​

Everyone in the tournament was guaranteed prize money with amounts increasing the further up the league they finished.

In what was a competitive campaign throughout, the destiny of the trophy was not discovered until the final week of fixtures with a winner-takes-all title decider between league leaders Houghton and Nik Dodd; two familiar and well-respected players from the local and regional pool scenes.

Houghton took the opening set 5-3 and looked poised for glory when he held a 4-2 advantage in the next, although Dodd showed determination as he reeled off three consecutive frames from the point of no return to level up at 1-1.

Seemingly unperturbed by this difficult setback, Houghton reacted positively. Despite going 2-0 down in the deciding set, he managed to chalk up five frames in a row to claim the title, trophy and a £450 payday. It was an exciting and fitting way for the league to be concluded.

​Competition organiser Lee Broad was delighted to be involved and how the season panned out:

"It has been an absolute pleasure and an honour to organise this league on behalf of Richard in tribute to his son George.

Even though this was a money league, the cash prizes were secondary, as the aim was to keep George with us in our hearts.

We are excited to continue taking the league forward for future editions."

To view the final standings and all of the season's results, please visit the League Republic page here.​