Just 8 of the 32 player starting field remain after the opening day of the inaugural Savanna Elite 500.

​This prestigious double elimination event, where entries each paid a £500 buy-in, featured no less than eight World Champions amongst a host of other international standard English 8 Ball Pool talents.

​Contesting t​omorrow afternoon's 'Hot Seat' match will be English duo of Phil Harrison and Clint I'Anson, who both went through Saturday unbeaten with four straight victories each.

​Surviving another day on the 'B Side' are Marc Farnsworth, Tom Cousins, Thrussell, Hibbott, Ward and Martin. All players left in are now getting paid.

​Live scoring and streaming can be accessed via the 'Beard Productions' website here.

​Written and published by Michael Day on the 1st May 2016 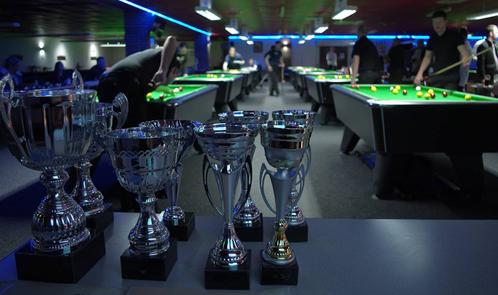