VAN BOENING IS FIRST MAN IN

Shane Van Boening is set to make his ninth Mosconi Cup outing this December, putting him joint seventh on the all-time list of appearances at the annual USA v Europe 9 ball showdown. Van Boening’s third place finish at the recently completed Turning Stone Classic puts him in an unassailable position and he will finish the points race in the number one spot whatever happens at the final event, the US Open in October.

“It’s a great honor for me to be on the Mosconi Cup team for the 9th year in a row. It’s all about the process in the last six months. A lot of hard work has got me on the team and I’m looking forward to working harder to get the results against Europe in December.

“This year I’ll really put the effort to help my team get the Cup. I will do things differently than in the past and I’m there to help my team mates with practice and hard work.

“I know we will have a lot of fans at the Tropicana and I’m looking forward seeing them all cheering Team USA on for a victory. It’s the most exciting event of the year and if everyone gets behind the team anything is possible!”

With just one event to go there are several players vying for the remaining two automatic spots. Mike Dechaine enjoyed a stellar run at Turning Stone after being dumped into the losers bracket in his first match. His eventual second place finish (to Scotland’s Jayson Shaw) saw him move into second spot on 46 points and a high finish at Chesapeake may seal his fate.

Corey Deuel maintained his position in the coveted top three – on 45 pts in third position – and is on track for his ninth Mosconi Cup appearance at the Tropicana. Skyler Woodward, Justin Bergman and Scott Frost are all within touching distance but will need to go deep at the US Open and hope other results work in their favour.

Players who finish in the top 32 in the qualifying events will receive ranking points and there are three categories of tournaments with differing amounts of points awarded accordingly.
Following the US Open the top three players on the ranking list will earn an invite to join Mark Wilson’s team, with the remaining two spots to be filled by wildcard picks.

The PartyPoker Mosconi Cup takes place from 7th to 10th December this year at the New Tropicana Las Vegas. Ranking lists will be published on www.matchroompool.com as well as the Facebook and Instagram pages as well as the Twitter feed of the Mosconi Cup.

thecueview would like to thank Luke Riches of Matchroom Sport for writing, and providing us with this article from the 26th August 2015. 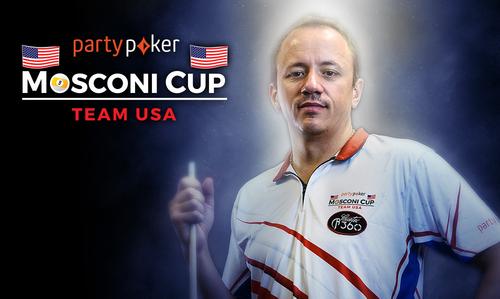