​Played over several weeks, the English born but Singaporean resident made his way through the competition. He won his Last 32, Quarter and Semi Final matches 4-0, but he did have to survive a deciding frame finish against Lam Tuck Weng Danny in the Last 16.

During his Last 4 victory over Jaden Ong Jia Jun he crafted a run of 127, which would eventually secure him an additional $600 bonus for being the tournament's highest break.

​Gilchrist's opponent in the final at the Cuesports Singapore Academy was Marvin Lim Chun Kiat, who you may remember was awarded a wildcard into the World Professional Championship Qualifiers earlier in the Spring. In a relatively close match, Gilchrist prevailed 4-2 to claim the title, trophy and $2,000.

The image above is courtesy of Cuesports Singapore 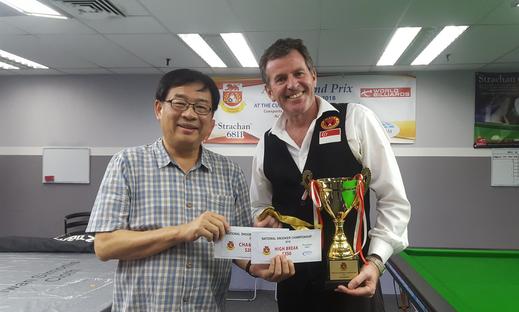