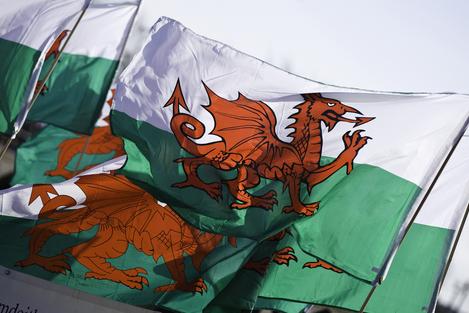 WELSH SNOOKER - WHAT DOES THE FUTURE HOLD?

World Number 94 Lee Walker was the only home player to reach the Last 16 of the Welsh Open this week. It continues a poor run for the hosts in their national event.

From Wales, only Mark Williams has won the tournament before in 1996 and 1999 - now 18 years ago. Darren Morgan reached the final of the inaugural edition in 1992 before losing to Stephen Hendry. Williams also lost to Hendry in 2003; the last time a Welshman made the final. Those are the only times a player from Wales has appeared in the final.

For a country of such rich snooker heritage over the decades, that is quite a poor record.

Looking at the bigger picture, Ryan Day was Runner-Up at last week's World Grand Prix in Preston, but he is the only player from his nation to make a professional final this season.

​The last Welsh winner of a major event was Michael White in March 2015 at the Indian Open. The weeks leading up to that win was a purple patch for the country as White had also previously claimed the Shootout and Williams the World Seniors, both at the Circus Arena in Blackpool. The weekend before those events Williams also made the final of a European Tour competition in Gdynia, Poland.

However, that sort of a spell has been a rarity in recent times. There has been success in various other formats / disciplines but the only other Welsh wins in major ranking events this decade so far have been Mark Williams' at the 2010 China Open and 2011 German Masters.

If you look at the World Rankings, though, the picture is not so bad as a whole. Williams, Day, White, Jamie Jones, Dominic Dale and Matthew Stevens are all still currently inside the top 42.

If you go back a decade only 4 were in the same span, so that shows an improvement. But if you look at the 1996/1997 season (another decade before), there were 9 players from Wales placed inside the World's Top 64.

Obviously snooker is far more international now than it has ever been. More countries abroad are participating, and coming through into the professional ranks. Only this week at the Motorpoint Arena we saw three players from China in the Last 16, one Iranian and one Brazilian.

To keep their numbers up within the very top tiers of the sport will be difficult for all the Home Nations as the sport hopefully continues to expand globally. Looking at recent results in Worldwide Amateur tournaments, perhaps Wales is well equipped.

15 year old wildcard Jackson Page was a breath of fresh air in this year's staging of the Welsh Open as he got through to the Last 32. Page won the IBSF World Under 18's Championship in Belgium last summer.

Tyler Rees (who also had a wildcard in Cardiff) is the reigning European Under 18's Champion in both the closed (EBSA) and open (MIUS Cup) events. Youngsters Jamie Clarke and Dylan Emery have also done well in major events within the last few years.

Page may have looked a little bit inexperienced during his defeat to Judd Trump, but he certainly exhibited natural ability, as well as flair. It will be interesting to see how quickly he can get full time professional status - there is Q-School at the end of the season, but his best hopes could be European and World amateur events in his age category.

When you look at the strides fellow teenagers Yan Bingtao, Zhao Xintong and Zhou Yuelong are making, these Welsh prospects will surely benefit getting on the main tour sooner rather than later.

​Written and published by Michael Day on the 18th February 2017