​The 27th annual edition of the Welsh Open begins on Monday in Cardiff. It is the professional circuit's fourth longest standing tournament behind the Masters, UK and World Championships.

Wales has a proud snooker heritage, although this has not been a happy event for the local players in recent years.

The inaugural staging in 1992, held at the Newport Leisure Centre, saw Darren Morgan reach the final where he lost to Stephen Hendry 9-3.

Since then, though, only one Welsh player has appeared in the final. Mark Williams claimed the title in 1996 and 1999, defeating John Parrott (9-3) and Stephen Hendry (9-8) respectively.

He also made the final in 2003, although Hendry avenged his previous loss in a 9-5 success.

Given the number of Welsh players on the circuit and ranked within the World's top 32 and 16, somewhat noticably since then, positive results for the home players have been few and far between.

To summarise, the last 14 editions have not seen a Welsh player make the final, and there have only been two instances where a representative has got to the Semi-Finals.

In 2004 Dominic Dale lost to eventual champion Ronnie O'Sullivan 6-1 in the Semis, whilst Williams was ousted 6-5 by Ben Woollaston at the Last 4 stage in 2015.

Wales' biggest hope this year will again be Williams; one of the most in-form players of the season. After nearly a seven-year gap from his previous ranking event win, Williams has won two in the space of three months with the Northern Ireland Open and German Masters titles.

The second highest ranked Welsh player on the ranking list, Ryan Day, has a poor record at the Welsh Open. In 17 previous appearances, he has reached the Quarter-Finals just twice. His last six trips to the competition have seen him make the Last 32 just once.

Michael White eliminated then defending champion John Higgins on his way to making the Quarter-Finals here in 2016, although that is the only time he has got past the Last 32.

Since that Semi-Final result in 2004, Dale has not been past the Last 32 in the 13 attempts after, whilst Jamie Jones has one Last 32 finish as his best showing in his 9 attempts.

Former UK and Masters Champion Matthew Stevens will also be disappointed with his record here. In 23 attempts, he has never reached the Last 4, with two Quarter-Finals as his best displays.

All these players are very proud and would surely love to perform in front of their home fans – perhaps they have put themselves under too much pressure in doing so.

Looking towards the future, among others, another player waving the Welsh flag will be teenage amateur Jackson Page, who recently retained the European Under 18 Championship in Bulgaria. After professional withdrawals, he managed to get into the draw this week as a Q-School Top-Up.

Page enjoyed a brace of victories here last year to reach the Last 32. This time he plays Sean O'Sullivan first up, and should he win that, he could well face reigning champion Stuart Bingham in the Last 64.

Written and published by Michael Day on the 25th February 2018 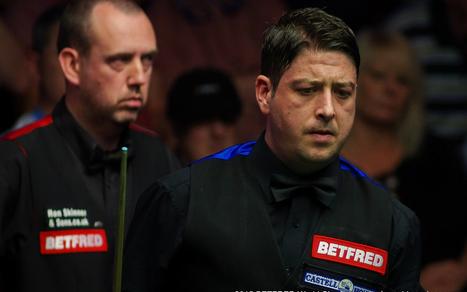