There has been some mystery, confusion and controversy regarding this week's Haining Open event in China. Is it an Open or an Invitational? Is it a 'One-Off' event? Are World Snooker involved?

As most of you probably remember, the Haining Open was previously part of the now defunct Asian Tour series. In 2015, Ding Junhui beat Ricky Walden in the final for the title.

Just like last year, this tournament is being held as a sort of 'appetiser' to next week's International Championship in Daqing. However, very little is known about this year's edition, which seems to be run by the CBSA (Chinese Billiards and Snooker Association) instead of World Snooker themselves.

It is not unusual for there to be warm-up, independent events before the major ranking competitions in the Far East. But there seems to be a significant number of questions being asked about this event from professional / amateur players and pundits alike.

Looking at the draw, there are a number of current main tour players competing. Names include Martin Gould, Matt Selt, Mark King and Kurt Maflin to name a few. Predictably, there are quite a few Chinese pros in the mix too.

However, many of the professionals currently on the circuit have been left frustrated as they were not even aware and /or informed of the event. What is even more perplexing is the recent understanding that this seems to be part of some sort of series that carries guaranteed tour cards for next season. Extremely inconsiderate for players who have to find a route on to the top tier again for next season.

Professionals on Twitter during Tuesday have been asking questions about the set up of the Haining Open, but have yet to receive definitive answers from up top.

Puzzled on Twitter were Daniel Wells, Aditya Mehta and Adam Duffy, who all seemed oblivious to the event, or the fact that it may carry tour cards. Amateur Steven Hallworth, who is attempting to get back his pro status, was also left bemused to why this wasn't general knowledge amongst all of the playing fraternity.

I personally asked a couple of current professionals away from the public social media. One said he knew of the event, but didn't go because it didn't have ranking points. However, he certainly was not aware there could be tour cards up for grabs. The other player I asked didn't know about it until the last few days.

Another look into the draw and you will see there are a few non-Chinese amateur entries. Quite clearly these have either been contacted direct or via their national governing body.

​Sean O'Sullivan, the current World Number 75 on his second year of a two year guaranteed tour card, is at the event. He tweeted that he only booked his flights five days ago. On Tuesday he beat home player Mei Xi Wen 4-2.

​He said there was 10k to the winner, but this was part of a series with possibly another event in the country just before the China Open in March. There would be an 'Order of Merit' between the two, with a card to highest ranked Chinese player, and a card to the highest ranked International player.

Bloggers and writers of the sport seem to be in the dark as well. @ProSnookerBlog, (a genius at these sort of things!) muted this could be the second of four counting events; although he really couldn't be sure. He recalled reading an article where Zhang Anda won the China Professional National Championship in June after beating Zhou Yuelong 5-1 in the final.

However, as the title may suggest, it appears this was restricted to just home players, although it could certainly count towards a running points total I guess. Furthermore, the drawsheet for the Haining Open has Zhou and Zhang at the top and the bottom, perhaps suggesting they are the top 2 seeds.

That is all I have been able to piece together from Social Media; hopefully the picture will be clearer over the next few days for all involved, although that will be too late for the players who have missed out.

The CBSA does have some articles on the opening day of the competition on their website, and a live stream of the action.

Communication is the key!!!​

Written and published by Michael Day on the 19th October 2016​​ 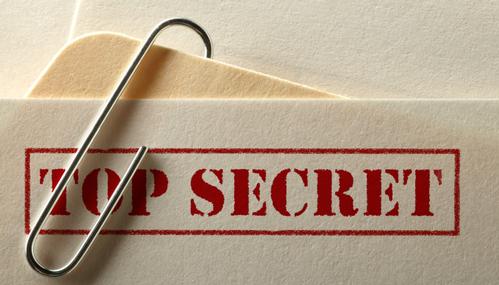