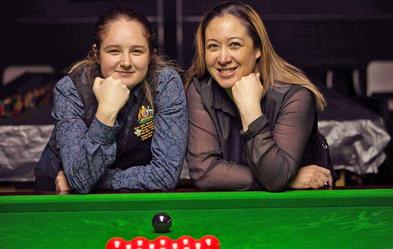 ​Jessica Woods and Nicola Rossouw continued dominance with yet more success in their respective National Championships this past weekend.

Woods, who had not long returned from the IBSF World events in Egypt, took the Australian Ladies title for the fourth consecutive year with a 4-2 Final victory over Jennifer Budd.

Played over three days at the fantastic 'Snooker SA @ The Venue' in Adelaide, the Semi-Final KO qualifiers from the Round Robin Group were Kathy Howden (1st), Woods (2nd), Theresa Whitten (3rd) and Budd (4th).

Woods eliminated Aussie team-mate Whitten 4-0, whilst Budd defeated Howden 4-1. It was the second time Howden had lost to Budd that weekend; her only two losses overall.

Rossouw made it three on the spin in South Africa after beating Suzette Booyens in the Final.

The 2016 SA Women's Snooker Championship was held at the Matchroom Club, Benoni, Johannesburg.

After coming through the Round Robins, Rossouw beat Thelma Lowe, Anina Du Toit and Joy Willenburg in the Last 16, Quarters and Semi-Finals respectively.

Both can now represent their country at the IBSF World Ladies Championship later on in the year.

To find out more about the Australian Championship, please visit the ABSC website here.

To find out more about the South African Championship, please visit the Snooker and Billiards South Africa Facebook page here.

Pictures above are courtesy of the ABSC and Facebook. 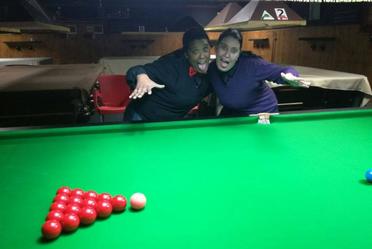