An independently run event by Michelle Brown - an established player on the Women's circuit herself, cueists from the Yorkshire area where eligible to enter.

The competitors were split into round robin groups with the top two from each qualifying for the semi-finals. Kenna topped her section and then defeated youngster Aimee Benn, 2-0, in the last 4.

​The other semi-final was another meeting of up-and-coming talents as the other group winner Shannon Metcalf, who earlier in the day had made a 59 break, ousted Steph Daughtery 2-1.

Kenna's experience once again came to the fore in the final, though, as she emerged a 2-0 victor, thus keeping her record of not having lost a frame throughout the day.

The three-times World Championship semi-finalist also registered the competition's highest break with a 64.

​Elsewhere during the day, Claire Edgington won the plate competition. 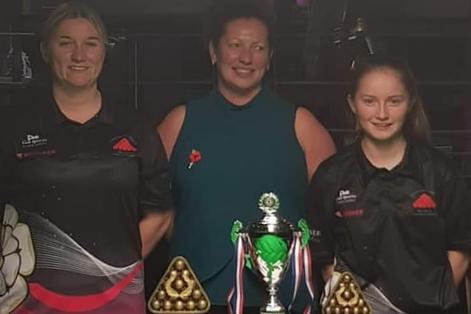