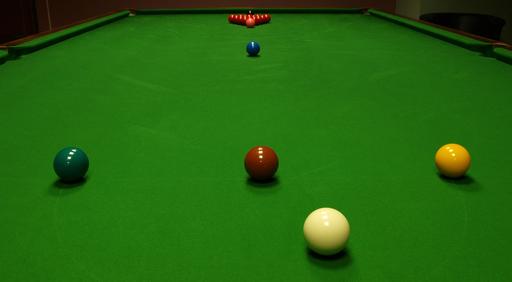 ​​Without question, the newly announced Challenge Tour is a big, long awaited boost for the amateur game.

Since the removal of the Players Tour Championship/European Tour a couple of seasons ago, opportunities for amateurs to compete in World Snooker events have been limited.

The Challenge Tour now bridges the gap between the top amateurs and the professional ranks – it will be the secondary circuit to the World Snooker Tour. To read the official World Snooker Press Release, please click here.

Following 2018 Q-School, of those who do not get a tour card from reaching the Semi-Finals of one of the three events in Burton, the top ranked 64 players from the Q-S Order of Merit will be entitled to enter all of the Challenge Tour.


The format and other details
The Challenge Tour will consist of 10 tournaments. Each tournament carries a £10,000 prize pot with the winner banking £2,000.

Players will earn points for how far they get in each tournament and a separate 'Order of Merit' will be created. After the 10 events have been completed, the top two from this OOM will be rewarded with two-year professional tour cards.

It is not known how the Order of Merit will be constructed, but it's possible they may simply transfer the prize money won into points.

Each tournament is a Best-of-5 straight knock-out.

Venues are yet to be decided, but they could be anywhere in Europe throughout the season.


The Idea
It may be new to the snooker world, but the Challenge Tour idea has been implemented elsewhere.

As you may know, I closely follow darts, where many concepts are shared and used between the two sports – the Challenge Tour being one of them.

The PDC Darts circuit also has a yearly Q-School. A few years a go they announced a Challenge Tour which would be open to member players who did not qualify from that year's Q-School (so more numbers than the World Snooker CT's 64).

This year they have 20 events, with a £10,000 prize fund for each event. They also have an OOM where the top two at the end of the year will earn professional tour cards.

It a system that recently crowned PDC World Champion Rob Cross came through in 2016 to earn his place on the pro circuit. At the end of his debut season he amazingly won the sport's biggest prize.

Of course, logistically, there are A LOT of differences between the organisation of Snooker and Darts events, but the PDC run their Challenge Tour across 5 weekends, with two events each day (4 per weekend x 5 weekends = 20 events).

Whilst we're talking about the PDC, this year they staged simultaneous UK and European Q-Schools for the first time, and a new Asian Tour to be held later on in the year. They also have a Development Tour for any player aged between 16 and 23.

I wouldn't be surprised if similar ideas were brought into snooker...


My thoughts – the positives and some suggestions
Before I begin, I want to re-iterate what a positive step this is for the amateur game. There are, however, a few things that I believe could make the Challenge Tour better for the players.

Of course, the main objective for these players is to get a professional tour card and be part of a £13million main tour circuit, but the amateur circuit as a whole can be expensive and time consuming, so decent money along the way would of course be welcomed.

Many of these amateur players will have full time jobs and family commitments - if the Challenge Tour is going to consist of 10 separate weekends, this will be pricey and possibly difficult to fully commit.

We are unsure of the locations of these events at present, but I understand they could be anywhere in Europe. This will obviously mean travel and accommodation expenses. Each event also costs £50 to enter.

Add into the fact they have already paid £1,000 to enter Q-School in the first place - plus with Q-School having three events in 2018, they could be in Burton for a good fortnight.

To win a Challenge Tour event will be extremely tough, if you are travelling overseas for an event, unless you make the final, you are probably losing money on the trip.

I understand this may be the price to follow your dreams - that is something I can hear Barry Hearn certainly say, he and the team have created the opportunity so that may not be their problem. However, I think there are a couple of things that would benefit both the players and the system.

Instead of 10 separate weekends, why not meet the PDC Challenge Tour circuit half way and have 'Double Header' long weekends where two of the ten events are played?

If they are playing in a venue with a minimum of eight tables, an event could be completed within 2 days, so each tour stop could last four days. This would mean the Tour could be done in five weekends instead of ten. If you're travelling hundreds of miles and dumped out 3-0 first round, at least you have another bite of the cherry that weekend.

Straight away this would be more convenient for the players as travel costs would be less -same for the officials and staff, and less rigging of the tables - again surely saving costs? Successful players who do well in both events will come away with a decent pay packet after their expenses.

Looking at the World Snooker Press Release, I see they have put the tour venues out to tender. However, could they use existing venues hosting events?

What about using Wigan or Preston directly before or after professional qualifiers? They'll be at least eight tables and World Snooker don't need to pack them up, send them to another venue, and set them up again? Some of the players may be at the qualifiers anyway as Top-Up entries.

On the continent, same again, why not utilise the facilities already in place for the Paul Hunter Classic and Gibraltar Open (if possible, of course). With these tournaments allowing amateurs to enter the qualifiers, there could be a good portion of Challenge Tour players already there. Visa-versa, if they are not, it could tempt them to enter and make the most of the trip.

Another point is something discussed by other writers and bloggerson social media. With just two pro tickets up for grabs, many players may be out of contention (or realistic contention) come the last couple of events.

How about awarding the top player an automatic ticket (as Challenge Tour Champion) and then places 2-9 getting into a play-off for the other ticket. This would mean even a player low down in the rankings could sneak into 9th and give themselves a chance at the last event. Barry has talked about creating the hunger, and this would certainly do that.

Written and published by Michael Day on the 12th February 2018