Tom Cousins, Dom Cooney, Harriet Haynes and Lauren Whittemore were all winners during the third World Rules Pool Tour stop of the season last weekend at the Grand Hotel in Blackpool.

Cousins pocketed a cool £5,000 after comfortably defeating Stevie Dempsey 8-2 in the final to claim the latest WRPT Main Event title.

The former two-time world champion enjoyed a strong start to the season having made back-to-back quarter-finals in the opening two main events and he built on that consistency as he came through a field of around 190 entries across the three days.

The Welshman had a tough assignment first up when he faced recent Ultimate Pool Challenger Series winner Liam White, although he negotiated his opponent 7-2.

Cousins went on to eliminate Matt Cooke 7-4, Nathan Ellis 7-4, a reigning world champion in Jon McAllister 7-3, Neil Raybone 7-6 and then Ben Flack 8-6 in the semi-finals.

His opponent in the final was the Republic of Ireland’s Dempsey.

Former European champion Dempsey was taken all the way in the preliminary round by Steve Singh before squeezing through 7-6. He then enjoyed more comfortable victories including a 7-5 success over last month’s double event winner Jack Whelan in the last 16 – ending Whelan’s sensational 20-match WRPT winning streak. He then ended the run of Craig Lakin 8-3 in the other last four tie.

However, the title was a step too far on this occasion as Cousins completed his mission with plenty of change to spare. 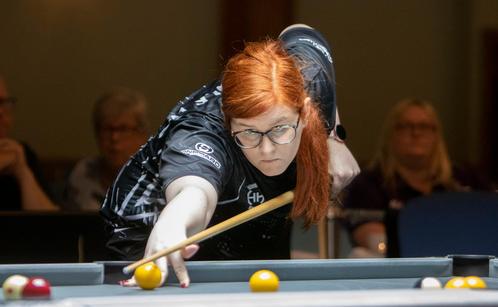 The next stop on the World Rules Pool Tour takes place between the 15th-17th October in Daventry.

Article written and published by Michael Day on the 29th September, 2021

​Harriet’s Hat-Trick
Harriet Haynes continued her dominance on the WRPT Ladies Champions League circuit as she completed a hat-trick of titles this season with victory in event 3.

This was without doubt the Kent cueist’s toughest triumph yet, though. Haynes qualified top of Group A with three wins out of three, including one over reigning European ladies champion Leanne Cragg, 5-3.

One of her biggest scares came in the last 16 when she trailed Paula Boyd 4-2 before recovering to go through 5-4. Haynes then defeated Lauren Williams 5-2 and Michelle Brown 5-1 in the quarter and semi-finals respectively.

Haynes’ opponent in the final was four-time world ladies champion Emma Cunningham who reached her first WRPT final after knockout round wins over Michaela Gardner 5-2, Sharon James 5-4 and Lynne Pinches 5-3.

The final was a predictably close affair with never more than a frame between the players. Locked at 4-4 and now in the deciding frame, it looked like Northern Ireland’s Cunningham was going to emerge victorious as she held two visits and with the balls at her mercy.

However, having earlier in the clearance used up a shot, Cunningham unexpectedly missed the 8-ball for the tournament. Haynes stepped up and calmly nailed a pressure shot on her last colour before sinking the 8-ball to make it three WRPT Ladies Champions League event wins out of three this 2021 season.

In the Ladies Europa League event – for those that did not qualify for the last 16 of the Ladies Champions League – Lauren Whittemore secured her first WRPT accolade following a 5-3 win over Alexandra Cunha in the final. ​​​

Former world championship finalist Cooney managed to get past the in-form Arfan Dad 4-2 in the first round before victories over Lawrence Beech (5-0), Alex Lewis (5-4), Dylan Leary (5-3), Carl Morris (5-1) and then the winner of Jason Owen Open 2 a few weeks ago, Jack Whelan (5-3).

Following his triumphs over Morris and Whelan, Cooney would face a third consecutive cueist with a world championship to his name – Jon McAllister – who was enjoying deep runs in both tournaments that weekend. On his way to the title match, the Coventry star had seen off Cousins (last 16) and Gareth Hibbott (semi-finals).

However, Cooney was not to be denied arguably the biggest title of his career to date and a £2,000 payday after a 6-2 win in the final. 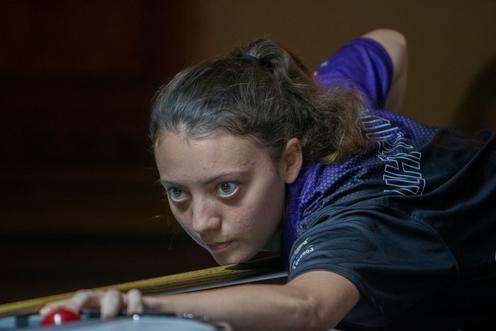 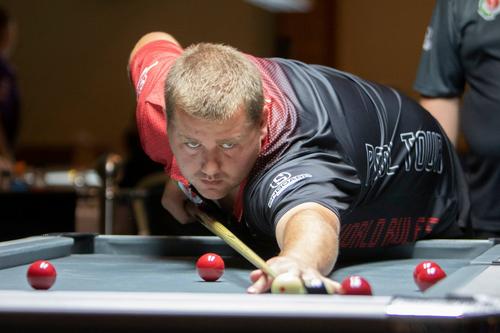 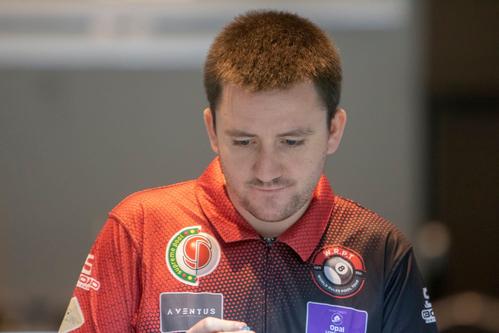