The tournament drew a competitive field of healthy numbers, but the 19 year old was rarely troubled throughout.

Ishpreet is adapt at both snooker and billiards - in the same trip he also claimed the Boys Billiards title.

Mohammad Saqib recovered well to oust Haris Tahir 6-5 in the final of the 2016 Pakistan Under 21's National Snooker Championship in Lahore.

Haris was trying to achieve a double; only a few weeks ago he claimed the inaugural National Under 18's title. He also made the event's highest break here with an effort of 106.

In a busy weekend of action at the Koo Snooker Club in Vienna, Florian Nuble scooped both the Austrian National Under 16's and Under 21's titles.

​On the Saturday in the older division, Nuble won his group undefeated and then beat Patrick Stift 3-2 in the semi-finals.

​In the final he beat Manuel Pomwenger 3-0 - Pomwenger was also the finalist in the Men's National Championship the previous week.

Next day, the Under 16's competition was played in a round robin format, for which Nuble went unbeaten again to top the group, and lift another trophy.

The 14 year old is due to travel to Wrolclaw, Poland this week for the EBSA European Under 18's Championship.

Written and published by Michael Day on the 4th February 2016​ 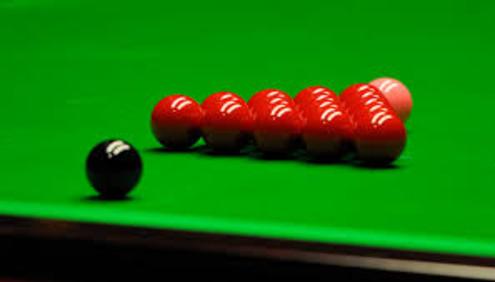