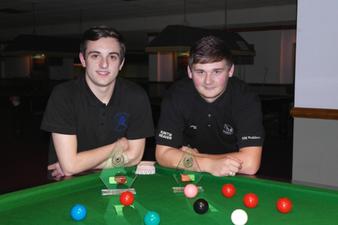 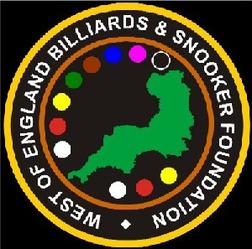 ​​Having recently set a new local league record break of 135 clearance in his home town of Plymouth, Haydon Pinhey’s rich vein of form continues with a superb win in event two of the West of England Billiards & Snooker Foundation (WEBSF) Gold Waistcoat Snooker tour. His opponent in the final was Kurtis Weaver, the latest talented amateur to emerge from Bristol. In the final both players showed excellent cueing with very few mistakes being made. But it was Pinhey, who when facing defeat in the first frame, responded with an excellent clearance to steal the frame on the black, this was to prove crucial as he went on to win the match. Pinhey’s journey to the final began with a string of breaks in the group stages (78, 70, 63, 56, 48, 47 & 41), finishing second in his group to Eddie Manning (Cornwall) who posted breaks of (105, 101, 72, 53 & 47). Once in the knock-out stage Pinhey went on to beat an in-form Welsh International, Callum Lloyd who was, until he met Pinhey, undefeated making breaks of 80, 74, 67, 56, 54, 52, 50 and the best of the day a superb 119 clearance. In the semi-final Pinhey beat Darren Horsman from North Devon. Weaver’s run saw him also finish second in his group….a position that looked uncertain after suffering an early 2-0 defeat at the hands of the eventual group winner Andy Symons (Tavistock). In the quarter and semi-finals Weaver’s resolve was tested further. First against aggressive potting from Jamie Read (Cornwall) and then against Welshman Andy Rogers, both taking Weaver into a deciding frame. Other break makers worthy of note where former two times overall Gold Waistcoat Champion, Andy Neck (60, 60, 57, 50, 50, 46 & 40), Andy Symons (Tavistock) (78,72,71,61,51), Hassan Vazie (Gloucester) (95, 50, 48 & 48), Wayne Branton (Plymouth) (66, 61, 51 & 42) and Dale Branton (Plymouth) (51, 48, 48 & 47).

WEBSF spokesman said, “Coming to Jester’s has certainly proved a good experience, both on and off the tables. The tables played consistently well as can be seen by the number of breaks 50 or above. There were three centuries made here today, the best being Callum Lloyd’s 119 clearance. We can’t fault the staff here at Jester’s they have been very friendly and accommodating to our requirements. By reaching the quarter-finals Andy Symons remains at the top of the ranking table with Andy Rogers and Eddie Manning in close contention in second and third places respectively. Haydon Pinhey’s victory has lifted him into fourth place, if he continues with the form he has shown here over the past week he will also be in the running for the overall title. This prestigious tour continues to bring out the best from the best players in the region. I am looking forward to the next event in January and also returning to Jester’s again, before the end of the season” Any player interested in entering WEBSF events should contact Steve Canniford, Mobile 07891940995 or visit http://www.websfsnooker.com or WEBSF Facebook. Thanks to International Snooker Referee, Nick Harry (Plymouth) who refereed tirelessly throughout the day and Jester’s Snooker Club who sponsored this event.