Congratulations go to Victoria's Aaron Mahoney who has become the 2015 Australian National Snooker Champion after ousting the vastly experienced Joe Minici 5-3 in the final.

Sponsored by the Reventon Group and held at the RACV Club in Melbourne, 61 hopefuls entered in pursuit of the most prestigious snooker title on the Australian circuit.

It was knockout action throughout, with matches up until the final being the best of 7 frames.

Mahoney, as one of the top seeded players, started his campaign in the second round. He opened up with a routine 4-0 win over Rod Nelson, helped by breaks of 96 and 69.

In fact Aaron only dropped three frames on route to the final, dispatching Shannon Dixon 4-1, Hassan Kerde 4-0, and Daniel Thorp 4-2 in further rounds.

Minici exhibited why he is still a force to reckoned with after he upset a number of pre-tournament favourites.

Come the best of nine final though and it was Mahoney who began well, taking a 4-1 lead into the mid session interval after constructing a run of 90 on the way.

Minici briefly rallied after the break to reduce his arrears to 3-4, but proceedings were brought to a close in the eighth.

It will have been a relief for Mahoney to lift his maiden national title, especially after being a former three time finalist, which includes defeat to Bolton last year.

There was a pleasant surprise for everyone at the trophy presentation when local hero and 2010 World Champion Neil Robertson was at hand to award the prizes.

For full results you can visit the ABSC website here 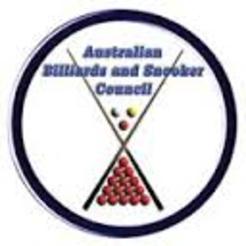