SOUTHERN WINS THE FIRST EVENT OF THE 2015 SEASON

​The BWPPA began the 2015 season on the 21st/22nd March 2015 with the GNO Southern 9-ball Open held at the newly opened BWPPA/BWCSA Wheelchair Cue Sport Academy at Stoke Mandeville, this event is named after the main tour sponsor the Gentleman’s Night Out charity.

We had a solid turn out, including Aleksandr Prokopiev who again made the long trip from Russia. We welcomed a new player to the tour, Mall Johnson.

The tour got off to a great start with some excellent pool on show as usual at these events. Fred Dinsmore was keen to add to his 3 successive victories at the end of the 2014 season, which enabled him to take a clear lead at the top of the rankings.

In the players meeting before play commenced Dinsmore and Daniel Lee were jointly awarded the honour of being the 2014 players player of the season. Also at the meeting, each player was presented with a gift pack from our generous sponsors at Kamui, comprising of 4 tips, 2 chalks and chalk holders, many many thanks to all at Kamui. We were also proud to inform the players of our newly acquired sponsor Aramith Balls. They have very kindly donated 8 sets of Pro TV balls to the tour. With the tables all covered in Simonis Cloths and a brand new set of balls on each table we really did offer professional playing conditions this weekend.

As the final 9-ball of the weekend was potted it was Southern who took home the spoils with victory in the Main Event and regained the no 2 spot from Aslam Abubaker. This year the players again battle for a superb prize of a top range cue from one of our longest serving main sponsors Predator, which will be awarded to the no.1 ranked player at the end of the season.

Following his bye into round 2 as no.3 seed, Southern started off with a 7-2 win over Craig Welsh. Southern then followed this up with a 7-3 win over great rival Abubaker.   This sent Southern into the semi-final.

The other half of the draw was loaded with talent, Dinsmore beat old rival Danny Luton 7-5, then beat Dave Beaumont 7-0, which was a surprise as Beaumont had beat Roy Kimberley 7-6, and Kimberley was on a high having recently won the European Pool Masters (Malmo open) which carried one of the biggest prizes ever in Wheelchair Pool (€1000).

In the first semi-final Abubaker (who had come through the losers side with a 7-4 win over Kimberley) lost 7-6 in an epic match with Dinsmore.

In the other semi-final it was Southern against Welsh (who had beaten Beaumont 7-3 in the qualifying round), the result was the same as the earlier game, with a 7-2 win for Southern, but Welsh can be really pleased with his performances.

The Main event final between Southern and Dinsmore was a fast paced match, with some excellent clearances mixed with some good safety and kicking.

At 4-3 down, Southern went in off the 8-ball to give Fred a 5-3 lead in the race to 7. At 6-4 up and with Southern moments away from shaking hands, Dinsmore could not get comfortable on a makeable 9-ball, and missed unexpectedly.

This gave Southern a boost, and after taking the match to a final rack, and after making a combo shot on the 9, it was him who took the title with a 7-6 victory, punching the air with delight.

After the final Southern said of his win “I am delighted to retain my title for the 3rd year in a row, as I’ve been struggling recently, but I played well all weekend and was determined not to let myself down.

I would like to thank my main sponsors Riley’s, HASSRA, CSSC and Predator Cues, and of course all the BWPPA tour sponsors.

I would also like to thank Darren Appleton, the patron of the tour, for the help I got from his perfect practice DVD, and his messages of encouragement and support.

You can find out more about his DVD at www.darrenappleton.com

Southern is now 40 points behind Dinsmore at the top of the rankings, with Abubaker on the same points close behind, but with the best 4 of the last 5 events counting, the next event should be a great one at the ‘Escape Pool Bar’ in Barnsley in May.

Our thanks here at thecueview go to the BWPPA for their continued hard work. 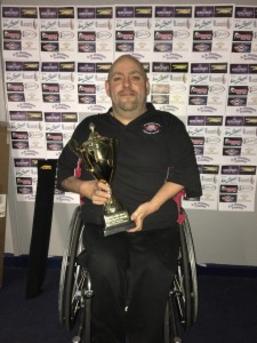 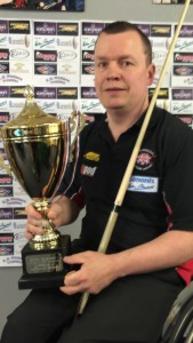 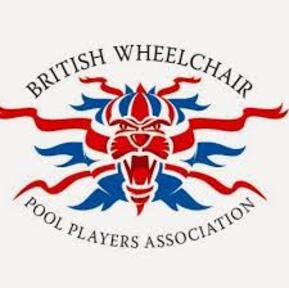