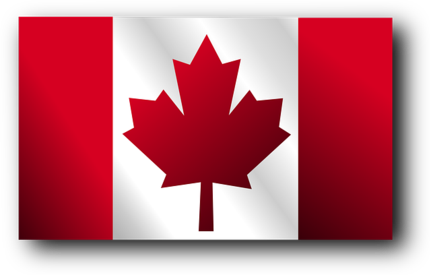 John Morra re-wrote history when he won the elusive ‘triple crown’ of 8 ball, 9 ball and 10 ball Canadian National titles, after a hectic week of pool action in Mississauga.

On top of his hat-trick glory, he also claimed $3500 in prize money, and qualification to all three World Championship disciplines.

In a brutal display of pool, the champion only dropped one match in the entire double elimination format card.

The festival started off with play in the 8 ball division, and despite only a field of 24 participants, there was no shortage of quality.

Morra, who is also known as ‘Mr. Smooth’, navigated day 1 in easing himself to the winners side final. However he would experience defeat to Erik Hjorleifson, who comfortably ran out a 9-3 victor.

This would however only motivate the Ontario man as he defeated former national winner Jason Klatt 9-3 to win the ‘B’ side, before exacting ultimate revenge on Hjorleifson in nailing a comprehensive 11-4 performance.

He retains his 8 ball crown from last year, and it is his third honour in this particular event overall.


10 ball
There would be a similar story in the 10 ball competition with a repeat clash of the 8 ball final a few days previous.

2014 Champion ‘Big Red’ Erik Hjorleifson got to the final courtesy by coming out of the B side losers section. He beat New Brunswick’s Tom Theriault 10-6 after breaking free from a 6-6 level game to book his place in the Championship rubber.

On the undefeated side, John Morra was untroubled until a unique meeting with none other than his famous father Mario.

This family affair would turn into somewhat an epic, with the father developing a 8-5 lead. However Morra junior would rally to just shade the result 10-9.

So to the grand final, and with memories of an easy victory over his opponent fresh in his memory, Morra raced into an emphatic 8-1 lead.

But the defending champ Hjorleifson made a fist of it - winning 7 of the next 9 racks to reduce his arrears to 8-10.

Morra though was not to be denied, as he came out 13-8 to become Canadian National 10 ball champion for the fourth time.


9 ball
With 33 contestants, the 9 ball division was the most popular, however it would be the same last man standing.

Morra eased his way through untroubled from the winners side, defeating his father Mario for the second time this week in the ‘A’ section finale 11-6.

Ducharne showed admiral resistance early doors, holding his own as he went in search for his first C.B.S.A. National title, but the champion elect would deny him with a 15-12 win.

It is surely one of Canadian Pool’s finest stories for a player to complete a clean sweep of honours within a week against former champions and quality opposition.

Now firmly regarded as one of North America‘s top players, Morra will look to push on for international and global success; and in his current form, I wouldn’t put that past him.