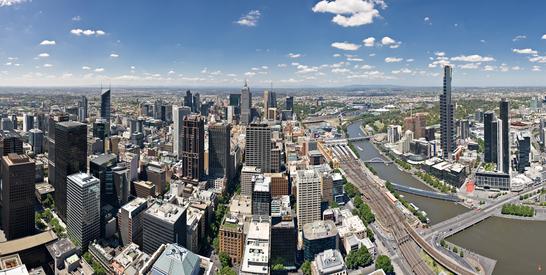 Former professional player Ben Judge from Perth in Western Australia is the new City of Melbourne snooker champion; and in the process receives a wildcard for the Australian Goldfields Open professional event at the end of this month.

One of the biggest dates on the snooker calendar ‘down under’, saw 93 entrants flock to various venues across the city in the $14,000 Victorian State Government sponsored tournament.

Players were split into 16 groups of 5 and 6 with the top 2 advancing to the Sunday last 32 knockouts.

Judge, who had a main tour card just 3 years ago, qualified second in his group with 4 / 5 victories, and then survived deciding frame wins over Shannon Dixon and Bassam Elbeli 3-2 in the last 32 and 16 respectively.

He then had to face another nerve wrencher against Charlie Chafe 4-3 in the quarters, before having a comfortable 4-0 success against Kevin Xu to book a final berth.

There he would face the ever consistent Adrian Ridley of Victoria who was undefeated throughout.

The final was a mammoth and largely scrappy affair of which Ridley took the opener, only to see Judge construct a 57 break to level it at 1-1.

The next couple were shared going into the mid-session interval, but Ridley took frame five on the black, and then the sixth to move one away from glory.

But full credit to Judge who held on and battled back to 4-4, before then securing the title with a 72-8 points advantage in the last.

Despite Ridley’s disappointment, he has the significant consolation of being the other wildcard entrant for the 5th Australian Open starting Monday 29th June.

It has been confirmed Ridley will play last seasons Welsh Open finalist Ben Woollaston of England, meanwhile Judge will clash with Matthew Selt - the winner of this will be due to play Australian hero and former World Champion Neil Robertson in the first round proper.

Aaron Mahoney made the highest break with a 137, one of 3 centuries he made - there were 7 centuries in total.