Pankaj Advani continues to increase his championship winning statistics on the green baize, his latest victory comes at the 2015 Indian National Snooker Championship - the 7th time he has picked up this particular title.

He was in irresistible form all tournament, starting off by coasting through the round robin stage without dropping a single frame in 4 matches.

​Advani carried on the sequence into the knockout section, making light work of Anupam Jha 4-0 in the last 32, and Sundeep Gulati by the same score line in the last 16.

He did drop a frame in his quarter-final clash with Faisal Khan, but still came through comfortably 5-2.

His toughest match by far was his last 4 encounter with the vastly experienced Dharminder Lilly, but as the true champion that he is, the 29 year old from Bengaluru won 5-4.

In the final he would face maiden finalist Varun Madan of Dehli, a 24 year old who had survived a number of close matches on route.

Madan acquitted himself well in the early stages of the final, but Advani's superiority came through, as he closed out the match with breaks of 74 and 81 to emerge a 6-3 victor.​

For Advani it would cap a tremendous few weeks, after winning the National Billiards Title here only days earlier. This is the fourth time he has achieved the double.

Pankaj Advani is adored in his home country, and enjoys a fair amount of media coverage and attention.

He is the reigning World Billiards Champion - one of twelve World Titles he has won across the disciplines.

And his time here at the Bengal Rowing Club has swelled his national championship count, over the different categories, to a staggering 26.

RESULTS (from the quarter-finals onwards) 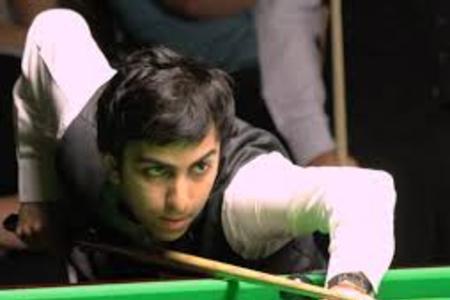