The talented teenager has enjoyed a sizzling summer that includes a silver medal finish at the latest EuroTour stop in Austria, and victory in last weeks Longoni Benelux Open.

This 256 player event was part of the 2015 German Tour, and it boasted a quality field with former and current major championship winners such as Oliver Ortmann, Francisco Bustamante and Niels Feijen.

In fact, on his way to the title, Filler eliminated the reigning World 9 Ball Champion, Feijen, in a last 16 hill-hill clash. This would have somewhat avenged his ET final defeat to the Dutchman in Sankt Johann a few weeks previously.

With so much success over the last couple of months, the 17 year old is quickly becoming one of global pool’s hottest properties.


For more information on the tournament

Written by Michael Day on the 3rd September 2015 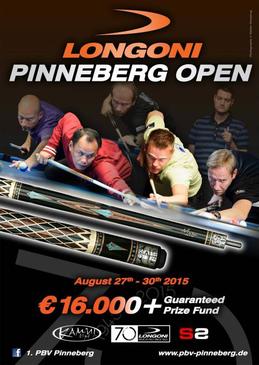