As one of the top 8 seeds, Padrigo was spared Saturday’s qualifying and placed straight into the Last 32 double elimination bracket.

There he won his opening two ties comfortably, before suffering a 6-3 loss to Will Wen (which he would later avenge by the same scoreline), pushing him to the longer haul losers side.

However, he managed to come through five matches for the opportunity to face World Cup of Pool star Edwards in the championship match - which he would win 8-6.

The tournament was sanctioned and organised by the New Zealand Pool Association. We thank them for the use of their picture above

Written and published by Michael Day on 5th November 2015 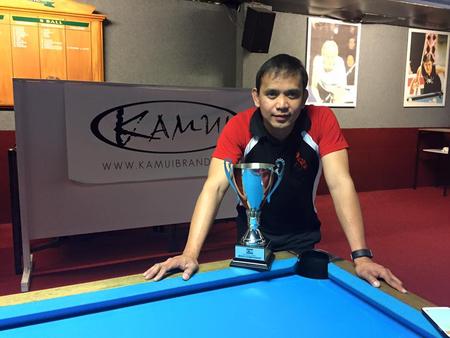