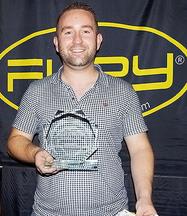 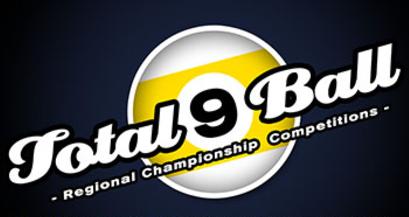 ​TWOMEY ON FIRE AT T9B

​ARTICLE WRITTEN AND KINDLY SUPPLIED TO US BY THE TOTAL9BALL TEAM​

​Total9ball was back again at our home in St Albans at the Hurricane Room on Saturday 22nd August. This was event 6 of the 8 event Amateur Series of 2015. Unfortunately this was the first event of the season to not reach the full 32 player field however T9B were not going to let this spoil the event for the 28 attending players. T9B made a decision to top up the prize pool to match the prize fund of the 5 previously played Amateur Series events this season.

Event 6 kicked off at 10.30am with Richard Twomey immediately in action against Shakz Islam, Rich was starting the match on -3 racks while Shakz began +2. Shakz chances were few and far between as Twomey limited him to just one rack and prevailed 7v3. Nick Hampton needed all racks available to get the better of the only female entrant Aorr Angel 7v6. Dan Lim gave Phil Morgan a big welcome back to the Total9ball scene with an impressive 7v1 result, while Brian Cassidy served up Mark Parker 7 racks to 3. Elliott Sanderson was one of the furthest travelling players in the field as he drove down from Barnsley on the day to compete in this event. Elliott didn’t look fatigued from the long drive in the slightest however as he produced good wins against Jay Davies 7v3 and Rich Twomey 7v6.

On to round 2. Players who won their match during this round would be invited back to Event 7 as seeded players. Richard Twomey trailed 2v5 against Phil Wildman but spun the game on it’s head winning 7v5, Dan Lim’s form unfortunately didn’t continue in round two as he took on local hot shot Mikko Tuomi, both players compete in the local St Albans Midweek League with good success but on this day it was Mikko who advanced 7v2. There was a repeat of the T9B UK Championship Final as Chris Seville took on Nick Hampton, Chris had the form in the book as he went on to become UK Champion earlier on in the year but Nick was out for revenge and revenge he got… Nick Hampton 7 Chris Seville 5. Elliott Sanderson maintained his 100% record as he reported another two decent wins ending Aslam Abubaker’s event 7v3, Elliott followed this up with a strong comeback against Mark Parker to win 7v5.

Break-Dish Time. At this stage in the event the excitement levels increased as the pot was announced of £650, this prize was broken down for the lucky drawn players to £50 per ball potted with a cool £150 bonus for the 10ball clearance. First up was… T9B’s very own Phil Wildman. Phil opened the 10balls with a whack and seemed to be pleased about the way he hit them but was left frustrated as a few balls flirted with the pockets but were clearly scared of the dark. A dry break for Wildman. Next up was Ashik Nathwani…. his attempt at the full pot would only last one shot to as there was another dry break. Andrian Hickson was the final player to make an attempt but this time at a reduced pot of £100 broken down to £5 per ball with a £50 bonus. Again there was no prize collected and therefore the pot will roll on to Amateur Series E7 held again at the St Albans Hurricane Room on Saturday 12th September. As always the hype about this event is high and entry won’t be available for long so ENTER NOW!!!!!

Did somebody say there was a tournament on? Ok back to the action as just 16 players remained. Rich Twomey was again winning matches with minimal fuss as he eliminated travelling companion Nick Hampton 7v4. Nick was now waiting for both Phil Morgan and Rich Twomey as he provides the transport for these two machines from Suffolk. Would he be waiting much longer for them? Phil took on an in form Lionel Brown but had a little too much for Lionel on the day as he progressed 7v3. Elliott Sanderson was still just cruising away quietly… Really Elliott quietly? I’m not so sure about that but he was hitting the ball nicely regardless, it was two more wins in the last 16 for Sanderson 7v4 Jamie Bryan and 7v5 against Mikko Tuomi. It was in this round that Steve Chick really started to pick up speed as he whizzed past Ant Ginn 7v5 and Jermaine Pierre 7v2.

Quarter Final time and still two players remained with both chances, Elliott Sanderson and Steve Chick could one go on to scoop the Jackpot? all we knew was something had to give as the paired kicked off the first of two repeat Quarter Final matches. Steve made great use of his handicap as Elliott spent the whole match at arm’s length from Chick. Steve sunk the final 9ball in both matches and the scores ended the same in both matches 7v2 in favour of an in form Steve Chick. Richard Twomey got the better of a tired looking Brian Cassidy while Phil Morgan produced some magic he triailed Jamie Bryan 6v1 but then the fight back began. Phil hasn’t been around the 9ball scene much latterly but he is always a danger, he is a very gritty player who likes to strangle his opponents with mistake free pool. 6v1 became 6v6 and with Jamie at the table with just the 8 and 9 ball remaining surely Morgan’s efforts were all in vain?? Unfortunately for Jamie he played a nightmare of a shot top spinning the cueball in after the 8ball to leave just the 9ball for Morgan.

Three players remained in the Semi Finals, Steve Chick was now just two wins away from becoming only the 4th players in T9B history to complete the double and scoop the £400 jackpot, could he do it? Did he still have the energy to beat the Ipswich raiders Morgan and Twomey? We weren’t far away from the answers. First up for Chick was Richard Twomey. Rich is a great player who hasn’t been seen on a 9ball table since Amateur Series E1. Twomey quickly evaporated the handicap and looked in cruise control. Twomey has a certain class around the table with a very confident attitude and in this match it really showed as Chick looked tired and missed a few shots that he hadn’t been missing all day. End result 7v4 in favour of The Twominater Rich Twomey. Steve next had to find the stamina to battle out another Semi Final while Twomey sat chilled waiting for an opponent. Phil Morgan vs Steve Chick and it was a cracker. The match went all the way to a final rack decider. It was Morgan who booked his place in the Final 7v6. A magnificent effort by Steve but he ended just two wins short of the jackpot but did scoop two Semi Final prize money pay-outs and a hat full of ranking points.

So here we go again an all Ipswich T9B Final as Phil Morgan took on Rich Twomey. Both players have amazing talents in 9ball but in different areas, Phil is a great player who makes few mistake and is probably one of the best jump shot players I have ever seen. Rich however is a faster flair player who can pot them off the lampshades but his main discipline is English pool so he can be caught out with the tactical side of the match. Rich began the final on -2 racks and I have to say it was an incredible potting display put on by Twomey. Phil had some chances but seemed to be all pooled out with Rich taking advantage of the openings. The match ended 7v0 and what a way to finish the job Richard Twomey a whitewash of a player like Phil is a brilliant result and a great way to end a fantastic event. Rich will now join the elite 16 tournament winners in the Champion of Champions events and we be a danger to any player who draws him. Rich reached the final of Event 1 of this seasons Amateur Series just losing out to Courtney Symons. Its a great achievement to come back after a good few months away and produce the performance he did during this event.

I have to say another brilliant event put on by the T9B team. Lots of players performed very well on the day and this made for a very unpredictable and interesting event. T9B would like to take this time to thank our sponsors Dynamic Billard, Hurricane Room and Talisman tips. Also to all the players who support our events.​