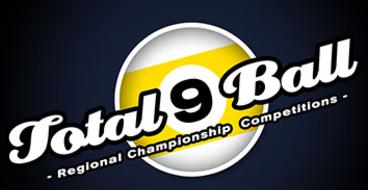 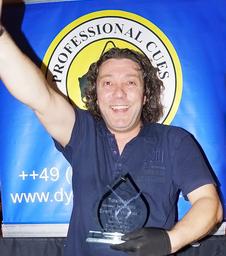 ​THE DAY THAT TOTAL9BALL WENT ALL VESO AT E8

ARTICLE WRITTEN AND KINDLY SUPPLIED TO US BY THE TOTAL9BALL TEAM

Total9ball was once again back at St Albans Hurricane Room on Saturday 17th October for the final event of the 2015 Amateur Series. 31 players in total battled for the final ranking points of the season to gain a better seeding for the Grand Final held at the same venue in a few weeks time. The top three players on the rankings after points from Event 8 were added would be paid out the £500 sponsored by the Hurricane Room (1st £250, 2nd £150 and 3rd £100) so it was all to play for. The winner of this event would also gain a space in the Champion of Champions event and avoid having to attend the Last Chance Saloon Champion Of Champions Qualifier on Saturday 14th November.

Matches kicked off at 10.30am and as the first balls were struck you could sense the tension in the room with so many players hoping today would be the day that they qualified for the big one… The T9B Champion Of Champions (Over £2000 Prize fund Max 16 players, double chance, £1500 Jackpot) Veselin Papradanov’s event began with an excellent 7v6 win against the talent Elliott Sanderson from Barnsley. Elliot trailed 6v1 but battled his way right back into the match. When the match reached hill-hill (6v6 to 7) Elliott was expect to go on and win the match but Veso gain perfect position on a relatively easy combo on the 9ball to win the match. Veso struck the shot with confidence as he powered the 9ball into the middle pocket for an impressive start to the proceeding’s. Veso followed this with another win as he controlled his match against Ryan Hamer winning 7 racks to 3. Phil Wildman drew the same player in both sides and that player was Jordan Turner, Phil suffered mixed fortunes in his opening two matches. In the first match Wildman trailed 6v3 but forced his way back into the match to trail 5v6, Jordan then made some simply awesome pots and just needed the 9ball to take the match but an untimely missed 9ball by Jordan would prove to be his last miss of the match as Wildman sunk the 9ball and break dished at 6v6 to win 7v6. In their second meeting, Jordan raced away into a 6v0 lead,. Wildman started another fight back but this time it was all in vein as Jordan ended the match 7v4. Bob Harris returned for this event and it was the perfect start for him two out of two wins (7v4 Flip Krawczk and GJ 7v4). Rich Twomey was involved in the high profile match of round one as he took on Elliott Sanderson, the match ended 7v3 in favour of Twomey. Mike Newell is seeing massive improvements in his game and results, he progressed through the opening round with two wins these came against Ian Cherry 7v6 and the all Wycombe clash against Dale Cadet ended 7v0.

So 16 players remained in both sides of the draw and things were boiling up nicely for a top event. Veso Papradanov recorded one win and one loss in this round as he was defeated by Jaspal Bamotra 7v5 but followed this with a good 7v4 victory against Oli Waters. Phil Wildman began to shift through the gears as he started to get used to his new Kamui soft tip installed by Mark Parker. Wildman took on one half of the T9B Scotch Doubles Champions Mark Knightley, Wildman at stages looked very good as he ran out a 7v4 winner with the aid of a final rack golden break. Brian Cassidy was motoring along nicely as he got the better of local St Albans talent Mikko Tuomi 7v2. Rich Fulwell produced a fantastic result as he knocked out Nick Hampton 7v6. Rich Twomey took on Wayne Rooke, all racks were required but it was Twomey who advanced 7v6. More than 50% of the matches played in this round ended either 7v5 or 7v6 again proving the handicap system used is making matches closer and fairer event by event. Result of the round though came as Alan Bell ended Rich Twomet’s jackpot chances seven racks to two. Mark Newell continued his winning ways with two brilliant results 7v2 against Lionel Brown and 7v1 over Apostalis Harmas. Chris Parker seemed to be in top form as he dropped just 3 racks in two matches, Chris defeated Mark Parker 7v0 and Ryan Hamer 7v3

Next up the break dish. The prize announced was a total of £550. This was broken down to make £45 per ball potted with a £100 bonus for the 10ball clearance. First up was Phil Wildman, Phil has on all previous attempts failed to make a ball from the break. On this occasion he decided to break from the right side of the table similar to his 9ball break. He connected with the pack of 10balls with lots of power. Wildman managed to sink one ball off the break but was completely hooked on the 1 ball. £45 was collected. Next up was Brian Cassidy this time at £40 per ball with a £105 bonus. Brian looked confident as he broke up the balls, 2 balls dropped in as £80 was announced. Brian looked at the table and decided a blind cross double to the left middle pocket would offer good position and therefore was worth the risk of £80. He hit the middle of the pocket and gained near perfect position £120… Brian continued and potted the next couple of balls £200 was announced. The next shot was a simple pot but the position wasn’t easy. Brian played the shot knowing as long as he potted the ball if he didn’t gain good position he could collect £240 and that’s exactly what happened. Brian collects £240. A final player was drawn at £5 per ball with a £50 bonus that player was Mike Newell. Unfortunately Mike couldn’t follow in Brian’s footsteps as he produced the dreaded dry break. The remaining money of £265 will rollover to the T9B Grand Final held on Saturday 28th November.

Winners of the next matches would collect some prize money for the days efforts. Many players at this stage only had one chance remaining so for most players these were all or nothing matches. Veso Papradanov seemed to be getting more and more confident as the event went on and another good performance saw him past new T9B talent Jordan Turner 7v5. Chris Parker’s form continued as he produced another excellent result beating Mihail Mladinescu 7v1. His next match was against Phil Wildman, this match didn’t go to plan for Chris as Wildman began with a break/dish, Chris fell unlucky a few times through-out the match whereas Wildman could do nothing wrong, the match ended 7v5 in favour of Wildman. It was this round where we lost the final jackpot hopeful Mark Newell, as the wheels fell off for the Wycombe Ace, Mark was eliminated from both sides of the draw by Jaspal Bamotra 7v5 and Rich Twomey 7v2.

At this point of the event the end of season rankings were confirmed and it was known who would be picking up the rankings prize money sponsored by Hurricane Room:-

Both Semi Finals kicked off at the same time. Veso began his match with Rich Twomey very well as he raced into a 6v-1 lead. The handicap seemed very tough for Rich began -4 racks with Veso begin +4 that’s tough action. Rich began to pick away Veso’s lead winning five racks in a row but then a mistake by Rich left Veso a five ball clearance and Veso with the added confidents of today’s result didn’t look like he was going to miss. Phil Wildman was involved in the second Semi Final against his coach Alan Bell. In any other situation I’m sure Alan would be delighted to see the way Wildman was playing. The match ended 7v0 to Wildman and it was clear Wildman was really in the zone.

The Final kicked off at a decent time with two players involved with quite different Total9ball records. Phil has many tournament wins under his belt whereas Veso was competing in his first ever T9B Final. The match couldn’t have been any closer as Wildman made a good start to reduce the handicap. Veso reached the hill first however only for Phil to join him at 6v6. Veso held his nerve and potted the final 9ball. Congratulations Veso a great performance. It’s never easy to get over the line but you did it under extreme pressure. Veso will join 14 other players so far in the Champion Of Champions event. There is just the Champion Of Champions Qualifier remaining now and with two spaces up for grabs there will be two events held in one day for these final spaces.

Total9ball would like to thank Dynamic Billard and Hurricane Room for their ongoing support of T9B events helping making us the best value and pound of pound series around. 2016 looks even more exciting with lots of new ideas and sponsors to be announced shortly.

Show your support for T9B by joining as a member for the 2016 season now £25. We are currently in the process of some big changes as we look to add live scoring (Tablet by each table) and a stream for 2016. Mark Parker is also working hard behind the scenes building a new website this can be viewed at www.total9ball.co.uk

thecueview.com would again like to thank the Total9Ball team for their continued hard work towards promoting amateur pool in the UK.