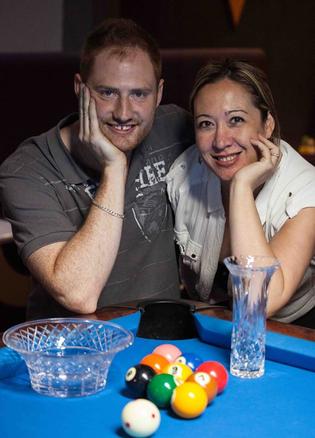 It was a busy weekend of singles and doubles 9 ball action in Australia, with healthy numbers competing for the various prizes.

On Friday, 23 different 'Scotch Doubles' pairings battled it out for the honour to represent their country in the World Cup of Pool which will take place later on in the year.

​Last year's winners, Chris Calabrese and Robby Foldvari, put up a great effort defending their national title, but they would ultimately just fall short in the final when losing out to young pairing of Justin Campbell and Michael Cacciola. They will now be Team Australia for the big annual Matchroom Sport hosted bonanza in Macau, China.

The Saturday and Sunday consisted of both the Men's and Women's Individual Championships.

A group stage format on Day 1 would determine who would make the knockouts the following day.

In the Men's, Calabrese reached his second final of the trip and would face English 8 Ball specialist Marc Robertson; brother of former World Snooker Champion, Neil.

​Despite not playing on his favoured surface, Robertson used his Cuesport tournament experience to claim his first national 9 Ball trophy.

Local player Jennifer Budd added another title to her CV when she beat Annette Grigg - a home player also, in the final of the Women's.

Budd had not long ago also claimed the Australian Open 8 Ball crown too.