FEIJEN IS TOP OF THE PACK

The 3 day event in Romania's capital city saw 191 players from a whole host of countries take part for the title, magnificent trophy and a 5,000Euros winners purse. There was a total of 17,500Euros up for grabs.

Former World 9 Ball Champion and current Mosconi Cup record holding MVP Feijen came into this event with a heavy cold, but managed to edge his opening trio of matches in the double elimination section.

He did however have to qualify via the loser's side after going down 9-8 to Wojtek Trajdos. He instantly put this right with a success in the losers qualification round to advance to the Last 16 straight knockouts.

There he defeated German Pool legend Ralf Souquet 9-6 and followed it up with a 9-5 win over Wiktor Zielinski (Poland).

Malta's quickfire Tony Drago was ousted 9-7 in the semi-finals to set up a final showdown with, perhaps, unlikely finalist Eklent Kaci from Albania.

​Kaci recovered well coming through an even more scenic route in the losers section after an early loss. He then eliminated Sanchez Ruiz Francesco 9-7 in the Last 16, and comfortably dispatched Sandor Tot 9-3 and Konrad Juszczyszyn 9-2 in the quarters and semis respectively.

But the final would just be one step too far for the 17 year old, as Feijen took away more top honours in a 9-3 victory.

Feijen only last week finished second in the One Pocket discipline at the Derby City Classic.

For full results and more information, please visit the the tournament page on the Billiardport website here.

Written and published by Michael Day on the 8th February 2016​​ 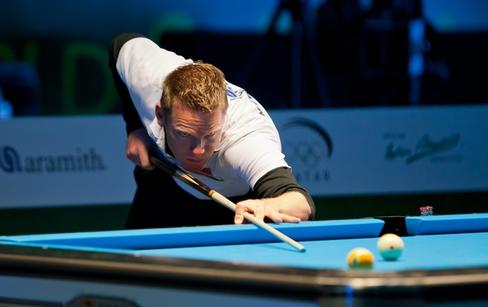 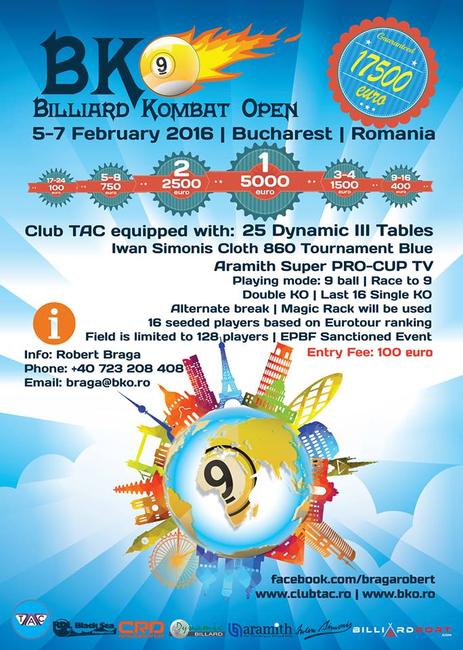