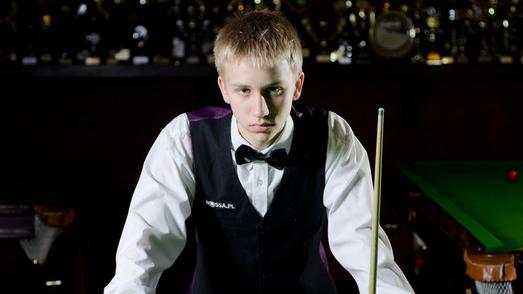 WHO WILL BE THE PLAY-OFF PROMOTION PAIR?

World Championship Qualifying isn't the only big snooker event that the Ponds Forge Arena in Sheffield is holding this week, as we will also see the season-ending European Billiards and Snooker Association's (EBSA) Professional Tour Play-Offs.

This two day knockout tournament features the 16 best performing continental amateurs after the six-leg European Tour Series throughout the 2015/2016 World Snooker season. Based on a ranking list where points were gained for winning matches and frames, players have travelled to Latvia, Germany, Bulgaria, Gibraltar and Poland.

The finalists of this event will each receive a guaranteed two year World Snooker professional tour card for the 2016/17 & 2017/18 seasons.

Hammad Miah, a former main tour player as recently as the 2014/2015 campaign, tops the list after an impressive year on the circuit which included a trio of Last 32 finishes - fantastic consistency. Along the way he also beat Judd Trump and Mark Davis. However, there is some confusion at whether Miah will be playing, because as it stands, he will gain a card by virtue of ending in the top 8 Euro Tour Order of Merit for players not qualifying by other means. *Since this article was published, Miah has somewhat predictably been replaced by the 17th ranked Christopher Keogan*

In fact, a total of five players in this event have previously been full time on the highest tier of the sport already; Miah, Elliot Slessor, Sam Craigie, Adam Duffy and Kacper Filipiak (pictured above).

Six of them also featured as wildcards in this edition of World Championship Qualifying; Miah, Ashley Hugill, Duffy, Jamie Rhys Clarke and Mateusz Baranowski. Although only Clarke won a match.

One of the main threats will be 41 year old 3rd Seed Richard Beckham, who registered a 4-3 TV victory over Mark Williams in Gib. Ryan Causton had the best run of the all the amateurs when he won six straight matches to reach the Last 16 at the Gdynia Open.

Invited to major events this season because of their high 2015 Q-School standings, Duffy eliminated Ding Junhui in the UK Championship, whilst Hugill sensationally beat Neil Robertson 5-1 in German Masters qualifying; Robertson was fresh from claiming the Champion of Champions and the UK back to back.

All matches are the best of 7 frames.