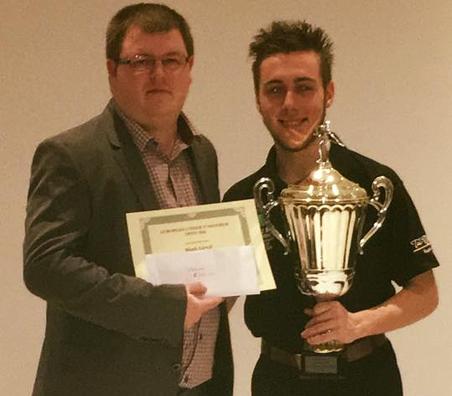 LLOYD LEAVES MALTA AS THE CHAMP!

England's Mark Lloyd went undefeated as he won the 2016 edition of the European Under 17's Snooker Open in Malta.

This annual event, which began in 2007, pitches some of the sport's most promising and rising stars. Many current professionals have taken part in this competition before, including Luca Brecel, who won the inaugural staging.

17 players representing 6 different countries came to Bugibba to potentially join the list of honour. Initially divided into round robin groups, matches were the best of 5 frames with the top 2 from each qualifying for the Quarter-Final knockouts.

In the final he would meet the other Hussain brother, Hamim, who had earlier dethroned defending champion Wesley Pelgrims (Belgium) 4-3 in the quarter-finals - coming back from being 3-1 down. It may have also avenged Hussain's 5-4 loss to Pelgrims in the final last year.

Lloyd started this final well, opening with a run of 55, and establishing a 3-0 advantage.

Hussain got on the board and reduced the deficit to 3-2, but Lloyd was not to be denied, claiming the sixth and seventh frames for a 5-2 win.

Along with the title and trophy, the 2016 winner also pocketed 500Euros for his efforts.

Lloyd continues to make inroads in his snooker career. He is also the reigning English (EASB) Under 16's Champion, and was part of the successful England Team at the same age level in the Home Internationals.

Written and published by Michael Day on the 13th January 2016