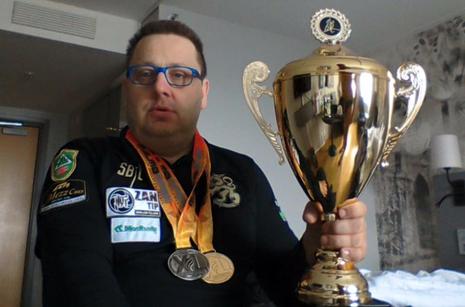 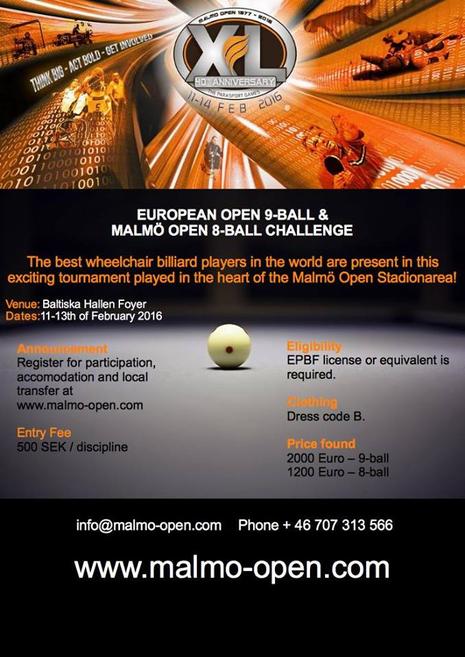 Jouni Tahti (pictured above) and Kurt Deklerk were the individual winners from last weekend's Pool events at the 2016 Malmo Open Parasport Games.

It was the second consecutive year that Pool was involved in what was the 40th anniversary of an event that brings together disabled sportspeople from several different sporting disciplines. Eight of the finest wheelchair pool players from Europe were present.

The festivities on the baize began with a 'Mosconi Cup' style event between the two teams of four from Great Britain & Ireland and Europe. The European team consisting of Tahti, Deklerk, Henrik Larsson and Kim Ronny Nygard narrowly emerged the winners by 7 points to 6.

​In the 'Malmo Open 8 Ball Challenge' Belgium's Deklerk beat Tahti in the final to secure gold.

The following day the pair met once again in the 9 Ball European Masters. However this time the outcome was reversed with Tahti claiming top spot in a 9-6 victory.

For more information on the Parasport Games please visit their website here.

Written and published by Michael Day on the 17th February 2016​​