Seemingly a league above the rest throughout the 10 days in Mol, the teenage pair contested both the Under 18's and Under 21's finals.

In the U18's, both of them reached the title match without dropping a single frame in either the Round Robin Groups phase or the subsequent Knock-Out section. Siripaporn lost the opening frame of that final, but went on to complete a 3-1 victory with a 41 break in the last.

At that moment in time the 17 year old held both global Youth Championships and the IBSF Ladies World Six Red Championship after claiming that title in Egypt the month before.

However, her grip on the Under 21's version was taken away from her as 16 year old Wongharuthai dished out revenge with a deciding frame 5-4 win in the final the following week. There was never more than frame between the pair in that match.

Entries from eight different countries took part in the Under 21's category. In the Quarter-Finals, home player Kamila Khodjaeva created history by joining a very exclusive club when making a fantastic 123 break during her 4-1 success over Keerath Bhandaal (India).

It was Khodjaeva's debut in an IBSF event, and coincidentally, was just one point shy of Wongharuthai's effort in 2015 - again, on her debut too!

For more information, and the full results,please visit the IBSF website here.

Picture above is courtesy of the IBSF Facebook page. 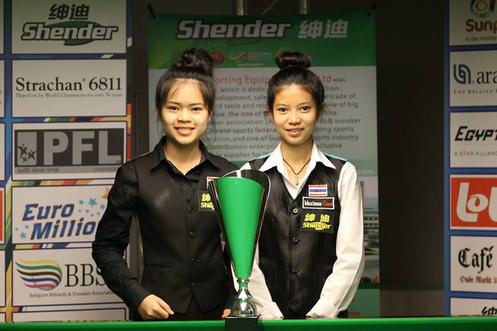