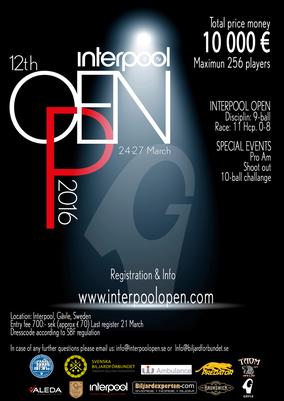 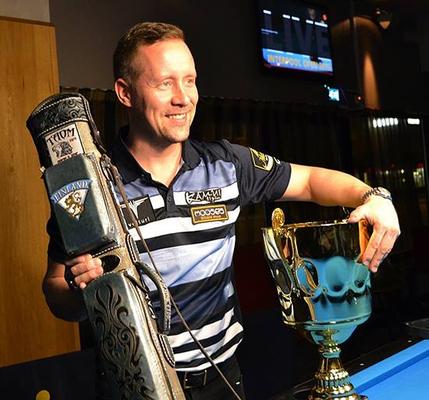 ANOTHER TITLE FOR THE ICEMAN!

​165 players representing 12 different countries, from Europe and beyond, took part in the 2016 Interpool Open in Sweden this past weekend. However, it would be one of the sport's most famous names who walked off with the top honour.

Former multi-discipline World Champion Mika Immonen of Finland resisted all that was put in front of him to take the lions share of the 10,000Euros prize purse.

The event was played with a handicap system, therefore giving local and amateur players a competitive opportunity against the professionals on show. It also offered value for money with the early stages being double elimination until the last 64 knockouts.

Despite giving away some hefty headstarts, no player got to within less than three of him come the end results. He beat home hero Robert Solvefjord (+4) 11-8 in the final.

Only in January 'The Iceman' won the Turning Stone Classic XXV.

Another decorated World Champion, Earl Strickland, also travelled to Sweden; although he bowed out in a hill-hill clash to Tianfang Zhang (Sweden) 11-10 during the Last 16.

In the 16 person 10 Ball Challenge, Daniel Tangudd beat Tom Storm 8-4 in an all Swedish final.

Picture above courtesy of the Interpool Open Facebook page.

Written and published by Michael Day on the 28th March 2016