​And the three days simply flew by and we now have not one but three Welsh Pool Champions, all more than worthy of a mention.

The Holiday Inn at Newport was the venue for the first leg of the IPA Pool Tour 2016, and as we were already sold out ahead of event one, imagine the excitement among players and fans alike to see Coral on board as our official betting partner.

Live scoring via tablets (check), Industry leading HD livestreaming (check), the best pool equipment available (check), media exposure unheard of on any other tour (check), the top players (check), and now live betting on the event, in some cases match by match (check), we are beginning to run out of potential improvements, but no doubt with the players help (we are happy to listen), we will find a few more!

As for the games, we had a trio of trophies to hand out, starting on Saturday with the Welsh Open, which saw an absolute classic that will live long in the memory of those in attendance and those watching on the stream round the World. Marc Farnsworth had been favourite for two events all week (since Coral first priced the event), and started the final against Dan Davy as the odds on favourite, but pool is a great leveller, and we saw the favourite moniker change hands time and time again as the frames went on. After sharing the first two frames Dan built up a useful 3-1 lead and went on to make that 6-2 with Marc failing to capitalise when he had the break, but always a fighter Mr Farnsworth almost got back to level pegging at 6-5 after a little run of three on the trot that must have had Dan beginning to wonder if it was his weekend after all. Despite a little wobble on the position for the black Dan wrapped it all up in the twelfth frame for a 7-5 victory that had the crowd on their feet warmly applauding both players.

On Sunday, we had two finals to look forward to starting with the Amateurs as Jez Graham took on Chris Bowron in a match that showcased the talents of the game. Chris has been on a roll of late and arrived full of confidence, starting off well and opening up 3-0 and 4-1 leads before a Jez comeback brought it back to 4-3 and we had a match on our hands. After they shared the next two it was Chris who got over the line via a 6-4 score line to become the 2016 IPA Welsh Pool Champion but Jez will be back after this experience and was a valiant half of a superb match that we all enjoyed.

Our final final (if that makes sense) was the long awaited Professional event that showcased everything we love about blackball pool and explained why it is the most popular format and growing day by day. Popular Welsh player Jordan Shepherd lined up against Ronan McCarthy in what many saw as a clash of styles with Jordan perhaps a bit more daring, and Ronan the more methodical and calculating – well, generally speaking. Both players were clearly at their peak to dispose of Andy McDonald and Neil Raybone 8-7 in the semi finals, and so it proved with some of the highest quality pool imaginable entering those in the room and thousands more watching on the live stream. Coral were taking bet after bet as the odds fluctuated from one to the other, frame by frame and almost shot by shot as Ronan swept in to a 3-0 lead and then 4-1 before a typical Jordan comeback brought them level at 4-4 in the race to eight. No one felt they could pick a winner and so it proved as they matched frames all the way to 6-6 before the popular Irishman won two in a row for an 8-6 win, and the title of IPA Welsh Pool Champion

In conclusion, most things went right all weekend (apart from the fact that I didn’t win anything of course), and the IPA are already taking enquiries for the 2017 season which has to be seen as a step forward, proving once and for all that with the support of a major player in Coral (thanks boys) and the forward looking committee now in place, pool is finally back on the map with the IPA and blackball the only place to play these days.

​Many thanks to Sean for providing us with this article! To keep up to date with all the latest IPA news please visit their website here, or Facebook page here. 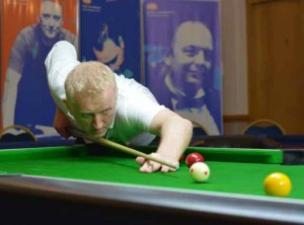 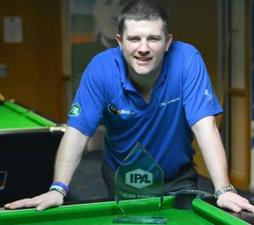