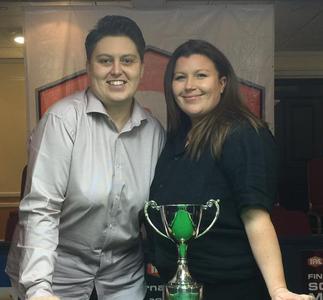 ​The IPA World Championships advertise everything good about Blackball Pool

​And so the tables have been neatly dismantled, the Bradford Hotel can have their room back, the cues are in their cases, and the players have made their various journeys home – some local, some a lot further away – and the IPA World Blackball Championships are over for another year.

At the risk of exaggerating, this was easily the most successful event in the history of the IPA, loved by the players, supported by our new betting partners (thank you Coral), and with so many website hits that we had to upgrade our servers not once but three times! Add in the biggest live stream audience pool has ever seen thanks to both the quality of play and the HD quality, and all in all pool is looking on the up and up – well, blackball is anyway!

On to the actual titles and the manners of victory, and if I had been allowed to write a script I wouldn’t have dared to have been so fanciful. Our first final was on the Saturday as the Seniors took to centre stage saw last years defending Champion Jason Twist up against Jeremy Hooper in what looked to be a interesting match up, with both men having to fight off the very best to even get that far. Despite starting heavily odds on with Coral, the result wasn’t quite as one sided as the odds would have you believe though the favourite did win 7-5 and Jason became the first player in IPA History to retain a World title. Jeremy will be back and made even more friends after being so modest in defeat, but the day belonged to Jason who told us he was ecstatic, and rightly so because this was hard earned.

On Sunday we had three more finals and some absolute classics, as the thousands watching on the live stream will testify. The Ladies final was a repeat of 2015 as Deb Burchell took on Shona Lucas in what I felt was a better final than last years with some high quality pool despite the off putting presence of the cameras. Deb started off on fire and put in some high-class clearances that left her rival reeling on the ropes, but to her credit Shona fought back when the occasional opportunity arose. Sadly, a lack of table time thanks to an in form opponent always meant the result was going the one way and Deb ran out the 6-2 winner after an engaging match.

A few minutes to catch our breath is all the spectators got before a doubles final that surpassed all expectations –and mine were pretty high to begin with. The strongly fancied French pairing of Christophe Lambert and Roger Dumortier were up against Gareth Hibbott and Dean Shields. All four players had been in good form all week so we knew we were in for a cracker, and so it proved as after winning the first two frames, the English pairing failed to register in the next five and looked on the way out in double quick time. Known for their fighting qualities, they got it back to 6-6 which means the dreaded black ball shootout, pool’s equivalent of football penalties only worse. Five shots per pairing at potting a black off its spot saw a flawless performance that moved things up a level meaning that instead of anywhere behind the line, the white has to be placed in the centre of the baulk line which ups the ante considerably. Long story short and they continued potting in the sudden death part until Christophe missed leaving Dean with perhaps the most pressurised single shot of his pool career. How he wasn’t shaking is beyond me, but he duly dispatched the final black to see Gareth Hibbott and Dean Shields crowned World Doubles Champions to a massive round of applause from the appreciative audience who lapped up every second.

​​I admit that I was worried that the singles had to be an anti climax after that but no, as if by magic we had more of the same, though without the shoot out. Gareth Hibbott is in danger of being reported to the monopolies commission at this rate as he took on Craig Marsh in an all professionals final that even the bookmakers were struggling to call from the off. In a best of three sets race to five frame format Gareth took first blood with a 5-2 first set that made it look all over bar the shouting but Craig is no quitter and squared things up by taking the second set 5-3 leaving us with a one set decider. As the odds swung first one way then the other, who could have guessed a 4-4 scoreline near the end of the deciding set that saw a one frame decider to be crowned World Champion 2016 with Gareth all set to break. Idiots like me were expecting a tactical frame, a few nervous twitches, plenty of mistakes, maybe a touch of adrenaline but not at this level – of all the times to keep your cool and break and dish (pot out the game from the break), this would be the most important of Gareth’s career at a guess but that’s exactly what he did, closing out the match in style and adding his first World Championship to the doubles he won earlier in the afternoon.

All in all, this was the best World Championship yet (just ask the players), and attracted more on line viewers and website hits than ever which just goes to prove the IPA Pool set up is going from strength to strength – next stop Newport on the 11th to 13th March – all info via www.ipapool.com or follow us on all the social media!

For up to date news please visit the IPA Facebook pagehere.

thecueview would like to thank all of the IPA team for their permission to use their articles and photographs they have provided.

Jason Twist defended his IPA World Seniors title, whilst in the IPA World Ladies Final, Deb Burchall (left) held onto her title with a repeat of last year's outcome against Shona Lucas (right) 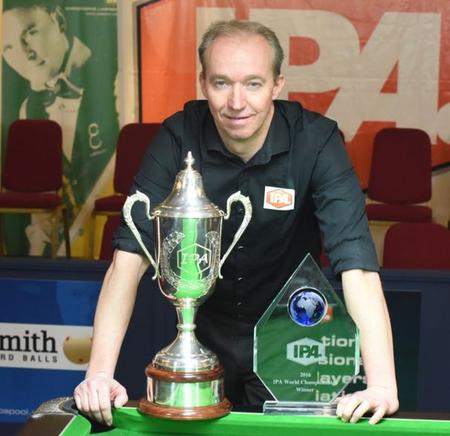 Dean Shields and Gareth Hibbott (on the right in black), overcame French pairing of Roger Dumortier and Christophe Lambert in a dramatic finish to claim the IPA World Doubles Championship 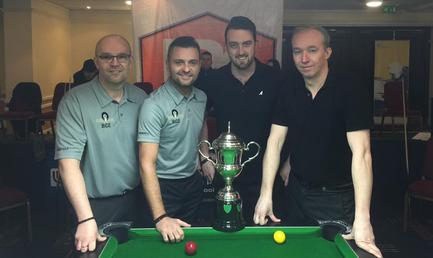 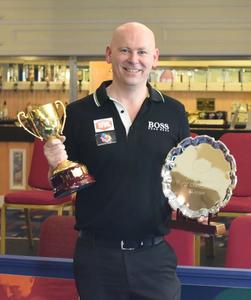