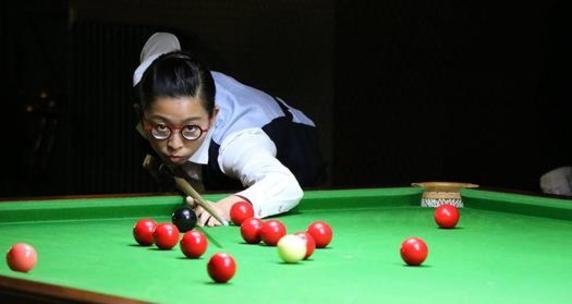 Ng On Yee upset reigning WLBS World Champion and Number 1 Reanne Evans in the final to claim the inaugural Paul Hunter Ladies Classic at the Stadthalle in Furth, Germany.

​The 25 year-old from Hong Kong, World Champion herself in 2015, was the last female standing from an original field of 31 who contested the earlier stages at the Ballroom venue in the city.

On Yee certainly deserved the first title of the new WLBS season after a number of fine performances throughout.​ Firstly, she qualified top from her Round Robin group, winning all three fixtures 3-0.

However, in her Last 16 Knock-Out match with Russia's Irina Gorbataya, the current World Number 2 was forced to show her battling qualities after falling behind 3-1 in the best of 7 encounter. She would duly come back to win in a decider.

In the Quarter-Finals On Yee would face Belgium's Wendy Jans in a clash of two real baize big hitters. The Belgian was making a rare appearance in a WLBS event; Jans is the current multiple time European and 5 times IBSF World Ladies Champion.

However, the Asian cueist comfortably came through the examination with a 4-0 win; including an amazing 104 break in Frame 3, which would be the highest of the tournament.

Despite her semi-final opponent of Maria Catalano (England) being the only remaining player to have not dropped a single frame throughout, the outcome would be the same again.

So the final would pitch the top two ranked female players in the world - and in front of a very healthy and enthusiastic crowd at the Stadthalle. Evans, the 11-times Champion of the World, had been untroubled during her route to yet another final on the WLBS circuit; losing just a frame to Jaique Ip (Hong Kong) in the QFs.

On Yee calmed her nerves by chalking up the opener, and then doubled her advantage with the second.

The Englishwoman got on the board in the next, but her rival put herself one away with Frame 4.

​A tense fifth frame came down to the colours, and it was On Yee who managed to capitalise and take the victory.​

Congratulations to everyone involved in the running of this new concept. I mentioned a while back that I felt the WLBS should try and run parallel with the Men's events as much as they can - they used to have finals at the main venues back in the 1990's.

This tournament has received much coverage; if snooker is truly inclusive and global (keeping the Olympic future hopes alive too) more ladies events need to be like this.

For more information, and the full results, please visit the WLBS website here.

Written and published by Michael Day on the 28th August ​​