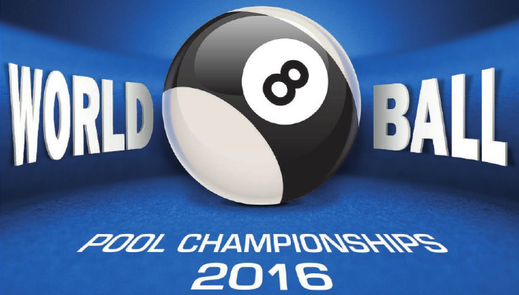 THE ENDGAME IS HERE!

Karl Sutton and Shaun Chipperfield will contest an all East Anglian WEPF World 8 Ball Pool Championship Final tomorrow afternoon in Blackpool; thus guaranteeing us a new name on the trophy.

The maiden finalists were involved in contrasting semi-final victories at the Imperial Hotel earlier today.

First through was Sutton, the sixth seed, who upset the odds after dismissing the in-form 2009 winner Phil Harrison 10-8. Although the encounter between the experienced England Internationals had much quality, a few scrappy and tactical frames pushed the tie to around the 3 hour mark.

The pair especially struggled with the break early on; Harrison finding gravity just once during his first six attempts on the 8ft 'TV' Table.

What nerves Sutton had were surely settled when impressively converting chances to take the opening trio of frames. But Harrison, who claimed another World Masters crown on Monday, responded by squaring it up at 3-3.

Karl edged back in front when 8 balling from Phil's dry break in the seventh, and then pounced on a missed double on the black by his opponent to also notch up the eighth.

Harrison finally made a ball at the start of the ninth, and although he didn't ultimately convert, he went into the mid-session interval just one behind after the 2/1 shot was unlucky to go in-off.

Frame 10 was a long, protracted tactical affair with a number of pockets covered throughout. Both had opportunities, but it was the younger of the duo who ended up potting his last colour and black (which were both right over pockets) off one cushion when snookered on each occasion.

The pair then traded 8 balls after each other's dry breaks, before splitting the next four - leaving Karl just one away at 9-7.

Now at the point of no return, Harrison produced the only 'Break and Run' of the match in Frame 17 for 9-8, and looked almost certain to force a decider when clearing up in the eighteenth.

However, as a consequence of getting the wrong side of his penultimate red, he then overcut a more trickier last colour into the bottom left hand pocket.

His opposite number stepped up and held his nerve in depositing the remaining balls for a 10-8 success.

Sutton remains on course for a unique double here in Blackpool; back during February whilst in Nantes, France, he became the European Men's Singles Champion for the first time too.

What the first fixture lacked in swiftness was without doubt tempered by a blistering display of pool from the rapid Chipperfield in the second.

In a clash of the qualifiers, Chipperfield wasted little time during an exhibition of supreme breaking and punishing potting to eliminate former professional snooker player Richard King 10-3, within an hour.

The pair shared the opening two frames but Chipperfield, who is very adapt at 9 Ball Pool too, then went on a six-frame winning streak in the space of just over 20 minutes.

King stopped the rot by taking advantage of a rare mistake by his rival in the ninth, but after the interval, Chipperfield continued to be relentless by chalking up three of the next four for the overall result.

Tomorrow's final is set to be Suffolk v Norfolk - the pair know each other very well.

First to 11 Frames, the last person standing will also bank £6,000 in prize money too.


For more information, and the full results, please visit the WEPF website here.