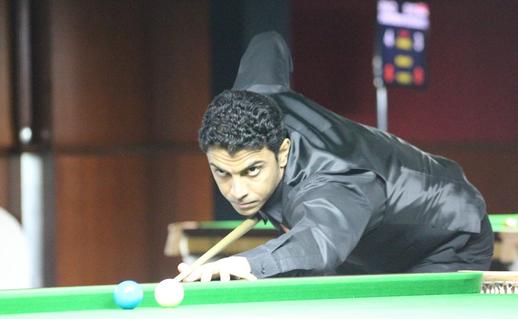 ​The United Arab Emirates did the treble in the recent West Asian Snooker Championships which took place in Jordan.

In the Individuals, Mohamed Shehab (above) did the double.

Shehab ousted Bahrain's former main tour professional Habib Subah 6-5 on the final black in the 6 Reds finale, whilst he defeated Khaled Alastal (Palestine) in the final of the traditional form of the sport.

​He picked up a hat-trick of Gold Medals when alongside Mohammed Al-Joaker, for the UAE, they conquered the team competition after beating Syria into Silver.

Al-Joaker also received a bronze in the 6 Reds.

​It was a good championships for Saudi Arabia, who collected three bronze medal finishes.

Subah, who also got a bronze as half of the Bahrain team, made the highest break with an effort of 108 too.

Qatar were the other medallists in the team staging.

Next month these players will feature in the 2016 Asian Snooker Championships taking place in Doha, Qatar. The winner will be the ACBS' (Asian Confederation of Billiard Sports) nomination for a two year World Snooker professional tour card for the 2016/17 & 2017/18 seasons.

(I apologise if some of the names are spelt incorrectly!)

Many thanks to Habib Subah and the UAEBSA (for photo above too) for all the information they provided me to compile this article!

Written and published by Michael Day on the 29th March 2016