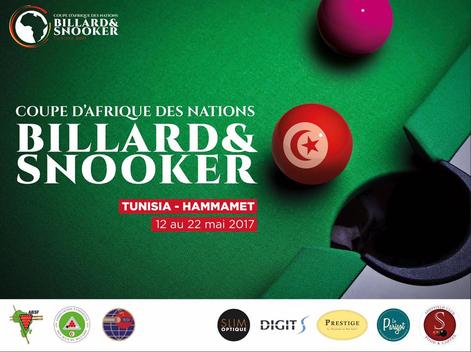 ​Basem Eltahhan won an all-Egyptian final to become the African Continental Snooker Champion for the first time in his career.

In a lengthy final that went all the way, he beat former professional player and multiple time champion of this event, Wael Talaat 6-5.

The victory will see him offered a two year World Snooker tour card for the 2017/18 and 2018/19 seasons. It is still unclear whether he will accept, or in what capacity he would use it. On his personal Facebook page after the win he did put a status up saying 'Destination Main Tour'.

60 players from South Africa, Morocco, Libya, Mozambique, Egypt and the host nation began the event in Hammamet. Reigning champion and former World Number 14 Peter Francisco (SA) was looking good to defend the title, but was stopped by the eventual champion in the Semi-Finals.

​The final stages were dominated by players from Egypt - 10 of the Last 16 line-up were from the country.

Eltahhan had come through his Round Robin and the early Knockout Rounds with change to spare.

Following the relegation of Hatem Yassen (Egypt) last month, there are no African representatives currently on tour. Even with the wiping away of entry fees to professionals, finance has been an issue for players from this continent in the recent past. Not only that, but does he also potentially make a life changing decision on whether he should base himself in the UK?

Beneficiaries of tour cards from a result of this championship have severely struggled on the top tier. Some suggest that this tournament doesn't warrant a professional spot in the current climate.

Whilst I can understand that people feel they are denying a player of a much higher standard getting into the pro ranks, I feel the incentive should be there for aspiring players in the region in order to increase the overall standard. I often use the idea of the FIFA World Cup, which allows a certain amount of qualifiers from each confederation to compete at the main event. I think having 1 or 2 players from a continent out of 128 is not too outrageous - hopefully it generates media coverage from where those players come.

​Other championships were played in Tunisia too. Egypt's Mohamed Ibrahim beat fellow countryman Hisham Shouki 7-6 to claim the 6 Reds tournament, whilst Francisco did find success in the Masters event following a 5-2 win over George Hanna (Egypt) in the final.

Written and published by Michael Day on the 23rd May 2017