Darren Morgan will once again have the opportunity to perform on the sport's top tier after he defended the EBSA European Snooker Open in Albania on Sunday.

A reward for winning this title is a wildcard place in the main draw of the Riga Masters professional event later this month. It seems very likely that Morgan will accept the invite and take his Round 1 place in Latvia.

12 months ago in Lithuania, the Welshman won the title and then sensationally went all the way to the Semi-Finals in Riga before losing to eventual champion Neil Robertson.

On route to the final in Albania this weekend he narrowly beat top female player Wendy Jans (Belgium) 4-3 in the Last 32 and former Crucible Qualifier Andrew Pagett 4-1 in the Quarter-Finals.

His final opponent would be fellow ex-professional Michael Judge. The Irishman had seen off newly crowned European 6 Reds Champion Kristjan Helgason (Iceland) via a deciding frame in the Last 8.

A final with a great number of years of professional experience between them, it was 51 year old Morgan who took the early advantage in opening a 2-0 lead.

80 players from a host of European countries took part in this tournament. Judge made the highest break with an effort of 108.

Despite having been off the main circuit for a decade now, Morgan remains very active on the amateur circuit and still plays to a high level. Last year at the Riga Masters, Ken Doherty and Xiao Guodong were among the players he eliminated.

​Attention in Shengjin now moves to the European Masters, Ladies and Team Championships.

Written and published by Michael Day on the 4th June 2017 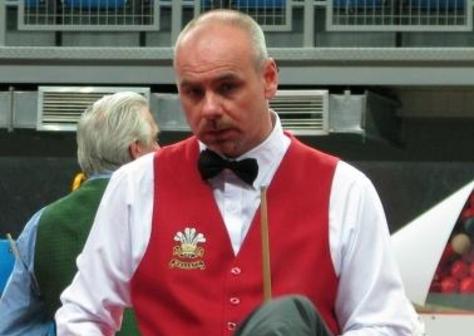