Sean Maddocks is the 2017 European Under 17's Snooker Open Champion after a dominant eight days on the island of Malta.

It was the eleventh successive year that this unique tournament has been held. This year there were entrants from England, Belgium, Sweden and the host nation Malta. Previous champions include Luca Brecel, Ryan Clark, Mateusz Baranowski and local prospect Brian Cini.

During his Round Robin, Maddocks qualified with 4 wins out of 5 to progress to the Knock-Outs. There he beat Andrej Nasibov (Sweden) 4-1 and then Harry Gosney (England) 4-2 to make the Final.

​The 14 year old from Liverpool faced fellow talent Halim Hussain (England). Despite falling 2-1 down in the early stages, he claimed four straight frames on the bounce to take the title 5-2. 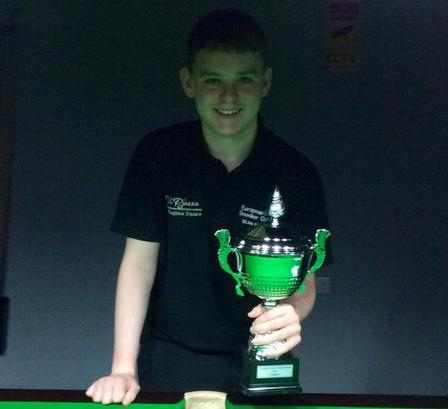