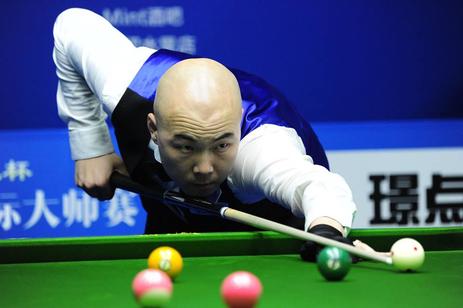 ​Once again, over 300 entries started the event, in a series that also acts as a qualifying system for next year's JOY World Masters which boasts a six figure prize to the eventual champion.

Players from the UK, USA, Canada, Chile, Myanmar, South Korea, Morocco and South Africa joined the strong, vast Chinese contingent, but it was Portugal's Joao Grilo who finished as the best performing overseas representative when he reached the Last 16.

Yang, who won the JOY World Masters in 2015 and 2016, defeated former professional snooker player Liu Chuang in the Semi-Finals and Gong Haifeng in the final.

Zheng Yubo's winning streak on this tour ended in the Quarter-Finals. Zheng had claimed the opening two tournaments in Linyi and Lianyungang.

The fourth event will be held in Xining between the 28th October - 7th November.

Written and published by Michael Day on the 28th September 2017