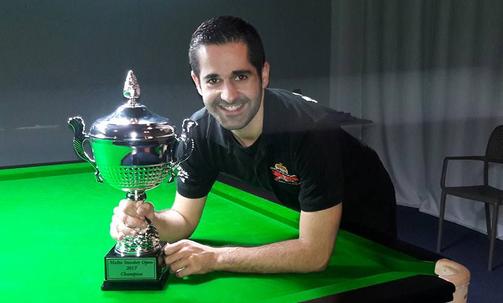 ​BUSUTTIL IS BEST IN BUGIBBA

​Aaron Busuttil is the 2017 Malta Open Snooker Champion. The event featured many of the island's top Cuesports stars including the famous snooker pairing of Alex Borg and Tony Drago.

Busuttil was dominant on route to the final; dropping a total of just three frames in four matches. He upset the odds in the Semi-Finals when beating Drago 5-1. In the Final he ousted Jason Peplow 6-5.

Peplow had eliminated young Maltese prospect Brian Cini 5-1 in the Last 4. Both finalists have represented their country at the IBSF World Amateur Snooker Championships before.

Borg had the highest break of the tournament with a 109, but his title bid was ended by Malta Pool International Duncan Bezzina 4-3 in the Last 16.

​Written and published by Michael Day on the 17th January 2017