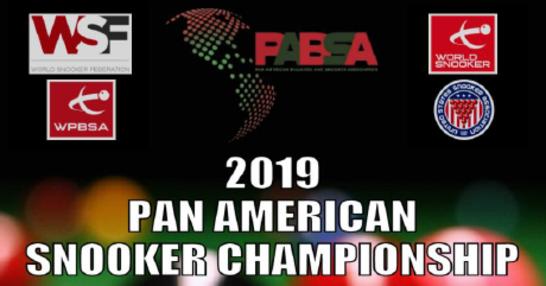 Evidence of snooker's growing global appeal was further apparent last year with the formation of the Pan American Billiards and Snooker Association (PABSA), a team focused on supplying playing opportunities for all competitors across the North and South American continents.

Despite not necessarily being an area of the world we would automatically think of in terms of snooker, the Americas do have a heritage within the sport.

Throughout the initial boom period of professional snooker on TV during the eighties, Canadian players were a huge part of the story with standout star Cliff Thorburn becoming the Crucible's first overseas world champion and 147 maximum break maker. Canada showed strength and depth too when winning the World Team Championship in both 1982 and 1990.

​As recently as the 2016/17 season, Brazil had two representatives on the professional circuit courtesy of Igor Figueiredo and Itaro Santos. Figueiredo is the current World Snooker Federation Seniors Champion and only back in October he reached the final of the UK Seniors Championship in Hull.

Host nation the United States of America also have a passion for snooker having first held their national championship in 1991. American players have dabbled in big snooker events in the past and at last year's Q-School in Burton, England, Mosconi Cup winning 9-Ball Pool star Corey Deuel and four-time reigning national champion Ahmed Elsayed took part.

THE LINE UP / THE DRAW

​48 players from four different countries (USA, Canada, Brazil and Bermuda) will begin the five day event that starts on Wednesday.

The field has been split into eight round-robin groups of six. The group winners will advance straight to the last 16, whilst those finishing second and third will qualify for the last 24.

As well as claiming the biggest event ever staged for North and South American players, the winner of the championship on Sunday will also receive a World Snooker professional main tour card for a minimum of the 2019/20 and 2020/21 seasons.

​Figueiredo surely starts as a firm favourite for the tournament. Last weekend at this Houston venue he won a World Seniors Championship qualifying event, making a 146 break along the way. The Brazilian features in Group A.

Three-time Canadian national champion John White, who spent a brief spell as a professional in the early 1990s, is in Group E, as is American Daren Taylor, the runner-up here to Figueiredo a few days ago.

​Elsayed will be looking to make the latter stages having emerged from Group G.