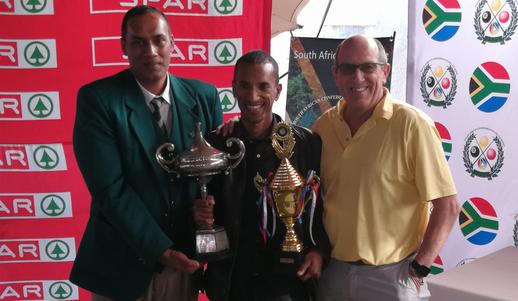 ​This year's main event ran across six days at the Hellenic Hall in Port Elizabeth. The championships were sponsored by the Spar Supermarket Group.

The 58 players were initially split into 8 Round Robin Groups with the top 4 from each qualifying for the Last 32 Knock-Outs.

Allie progressed through as the number 1 seed after topping Group B having won all six of his fixtures 3-0. In the KO's he eliminated Luther Killian (5-1), Mark McGelliwie (5-3), Rafique Limbada (5-3), Ricardo Tregonning (6-2) and then Tauriq Samsodien - who was the number 2 seed and also undefeated, 7-3 in the final. The champion banked 10,000 Rand for his winning effort.

The South African Amateur Snooker Championship was apparently first contested for in 1937. This year's tournament was organised by the South African Confederation of Cue Sport (SACCS).

​A few days later at the same venue, Charl Jonck denied Samsodien in his second final, 5-1, to claim the South African 6 Reds Championship.

To view the results from all the tournaments at this year's championships, please visit the SACCS homepage on Cuescore here.

​The picture above is courtesy of Munier Cassim.