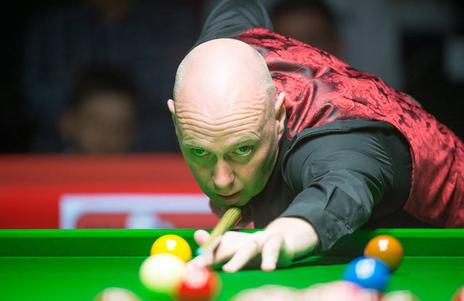 ​21 players travelled to the Ivy Rooms in what was the last opportunity for hopefuls to share the stage with some of the sport's biggest ever names at the famous Goffs venue.

Competed for over two days, Bagley survived a dramatic Preliminary Round clash with John Torpey who went in-off after potting the decisive re-spotted black ball tie-breaker. The Leeds cueist then eliminated Tony Corrigan 3-0 before another 3-2 victory, this time against former professional and Crucible Qualifier Joe Delaney in the Quarter-Finals.

​Returning on Sunday where just four players were left, Bagley defeated Jason Pegram 3-0 in the Semis and then sealed his spot with a 3-0 success over Gary Filtness.

For his efforts he banked £900 and has gone back to the top of the Snooker Legends World Amateur Rankings. However, the main prize is his place in the draw for the 8 player tournament happening on the 6th and 7th January.

Undoubtedly Bagley has been the ultimate amateur star in this new concept of Seniors events from the Snooker Legends team.

Bagely is now the only player to have now qualified for all four main venues when you consider this and his qualification for next year's World Seniors Championship at Baths Hall.

Written and published by Michael Day on the 26th November 2017