The first big nationwide pool tour to return to action following the start of the coronavirus pandemic in early Spring 2020, over 200 players from across the UK and beyond travelled to the seaside resort to compete for the opening 2021 accolades and a slice of the impressive £27,250 prize money on offer.

Brennan is quickly establishing himself as one of the most feared names in the sport; the Northern Irishman continues to live up to expectations and was the last player standing in the Main Tour event, banking the cool £5,000 winner’s share.

The Mayobridge cueist won seven matches on his way to the title and – testament to the strength and depth of the circuit – was pushed hard by opponents, most notably Conor Treacy and Jake-Dylan Newlove in the last 32 and 8 respectively, both of whom he ousted in deciding frames.

In the last 16, Brennan eliminated former World Masters champion Neil Raybone 7-5, and Gareth Hibbott 8-5 in the semi-finals. Hibbott was one of several world champions on display in the lineup.

Returning the next day for the final, Brennan arguably saved his best until last and was almost unplayable as he brushed aside Shaun Storry 8-1 inside an hour. 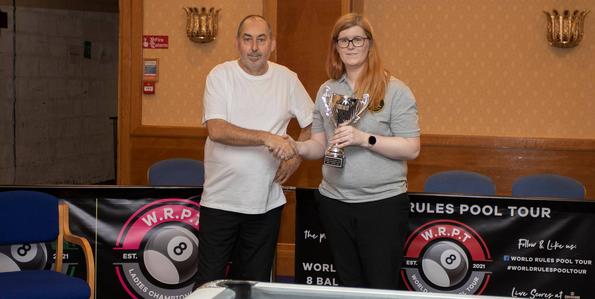 I’Anson lifted silverware and pocketed a £2,000 payday as he won the first Jason Owen Open of the 2021 campaign.

A winner of several big titles throughout his career, I’Anson added another as he came through eight rounds in the shorter format event. He dropped just three frames during his opening four assignments, including victories over Oly Bale (5-2 in the last 64) and Ben Flack (5-0 in the last 32).

The Nottingham-based player emerged the right side of a deciding frame finish against Aaron Davies (5-4) in the last four and came back from 1-0 and 3-2 deficits to deny Storry 6-4 in the final.

Despite not claiming a top honour from his trip, the ever-improving Storry accomplished the profound feat of reaching the final of both events he entered. Across the weekend, he won a total of 13 matches – more than anyone else – and was consoled with a payout of £2,600. ​​

​Haynes is Champions League Champ
In the ladies competitions, Kent cueist Haynes was remarkable from start to finish, going undefeated throughout and dropping only five frames on her way to the 2021 WRPT Ladies Champions League Event 1 title.

Haynes qualified for the knockout portion of the tournament after securing top spot in Group 7 having won all her three fixtures 5-0.

In the final, Haynes overcame reigning World Ladies Champion in two different rulesets Amy Beauchamp 5-3, chalking up four frames in a row to recover from being 3-1 down.

Winner Haynes – who earned £750 – was delighted with her efforts: “I’m very happy to have won the first event of the year. It was never going to be easy, especially with the formidable standard of players who are on the tour, but with Neil and the team creating such a great event, it just makes you even more determined to do well in it.

"Going into it I felt confident, but you can never tell how you’re going to perform on the day. I’m just pleased all of the practice during lockdown has paid off as I’ve been working on a few things to make my overall game better."

"From start to finish, the top table ran the event superbly well, and with the addition of Beard Productions, the coverage was fantastic. I’m looking forward to the next one in August!”

In the Ladies Europa League – for those that did not qualify for the knockout stages of the Champions League – Michaela Gardner was the winner.

Another example of how strong all circuits on the World Rules Pool Tour are, Gardner defeated four-time World Ladies Champion Emma Cunningham in the last eight and 2018 European Ladies Champion Catherine Jones in the last four. In the final, Gardner got the better of Lauren Whittemore 5-3 to claim the £350 winner's purse.

The next WRPT multi-event weekend will be held 27th-30th August.

Article written and published on the 1st July, 2021

​Following his triumph, Brennan said “It was a great feeling winning the first Tour event of the season against a pretty stacked field of top players. This gives me plenty of confidence moving on for the rest of the year.

"I had some close games during the weekend, but it was pleasing to be clinical in the deciding frames to get through. The win over Conor Treacy when I was 6-5 down kick-started me as he played so well and should have probably won but I hung in and took my chance. After that, my performances seemed to get stronger as I went on.

"I was massively impressed with the tournament set-up; the tables were perfect and the Strachan Superfine is so nice to play on – I think it’s the perfect balance for a pool cloth.

"Thanks to Neil Toms and his team for running the competition smoothly and to Beard Productions for their streaming service all weekend.” 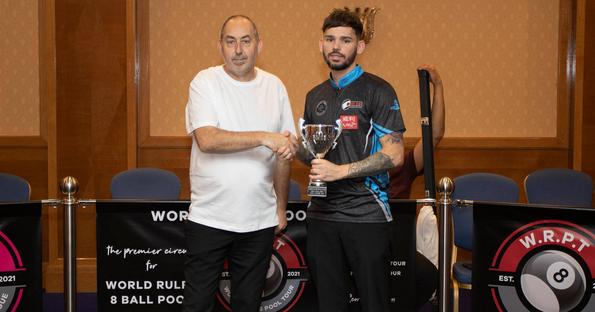 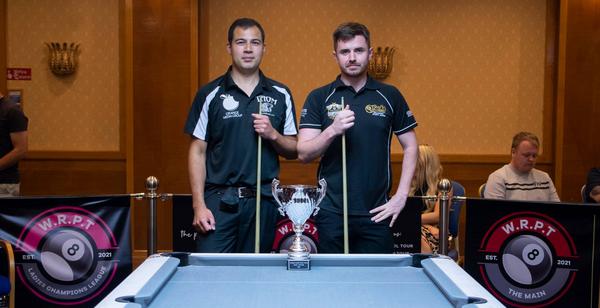