Professional player Robin Hull returned to his native land to win the 2018 Finnish National Snooker Championship in Helsinki at the weekend.

​The World Number 99 and 2016 Shoot-Out Champion got through the opening rounds which were played earlier in the month in Turku. He dropped just two frames in four Best-of-7 frames matches on route to the Last 4, both to Esa Oikarinen in the Last 16. 83 entries in total started the event.

The Semi-Finals and Final were held on the same day. Hull defeated Jani Savolainen 4-1 and then Antti Tolvanen by the same scoreline in the final. Tolvanen had ousted defending champion Patrik Tiihonen in a deciding frame in the other Semi.

Despite missing this competition over the last few years, it is the 11th time that Hull has won this title - his maiden victory was in 1991.

The 'Finals Day' was played at the Kulttuuritalo in the Finnish capital city, a venue designed by Alvar Aalto and where Jimi Hendrix and Led Zepplin performed.

Organised by the Finnish Billiard Federation (SBIL), there was a festival of Cuesports with National Finals in 9-Ball Pool, Pyramids and Kaisa (Finnish Billiards) taking place at the same time.​​​ 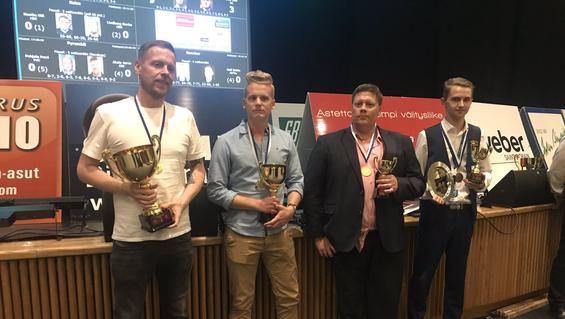 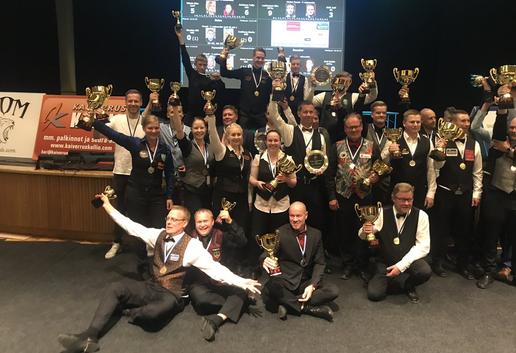 A huge thank-you to @leijeri on Twitter for the great information and allowing me to use the above images.