The 2017 Iwan Simonis IPA World Series got underway this past weekend with qualifying for events in Cyprus and the Netherlands; two new countries to the circuit.

Each day had a different format with a mixture of single and double elimination, straight frames and set play.

It was a particularly successful weekend for professionals Marc Farnsworth and Neil Raybone who each qualified for both World Series legs; Raybone being the only undefeated player all weekend.

Jack Whelan and Chris Bowron were the other players to advance to Cyprus.

Ronan McCarthy and Jimmy Carney will also be heading to Holland after fine performances on the Sunday which saw them drop a total of just one and two sets respectively during their three matches.

This is the second year the IPA World Series will take place after a successful inaugural staging in 2016. France, Gibraltar, Norway and another nation TBC will be visited throughout this season.

Next stop for the IPA is the Welsh Open Championships; the opening tour of the 2017 campaign. This takes place in Cardiff between the 24th-26th February.

Picture above is courtesy of the International Professional Pool Players Association

Written and published by Michael Day on the 13th February 2017 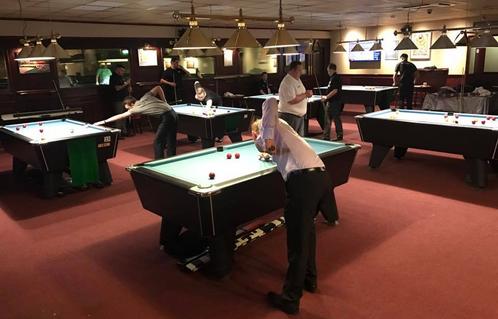