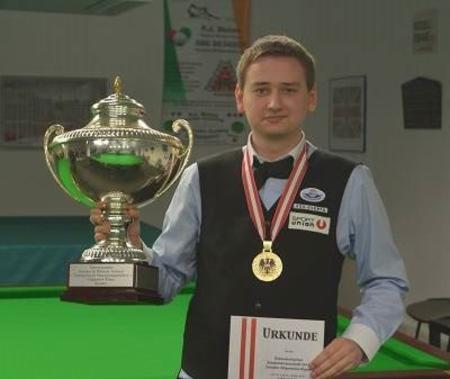 Andreas Ploner made it a hat-trick of Austrian National Snooker titles this past weekend in Vienna.

This knockout event involved the top 32 from last year's Austrian Snooker League ranking list, but Ploner lived up to his tag as pre-tournament favourite.

Ploner has been a regular on the European Tour this season, reaching the professional rounds twice in four attempts.

The multi-talented cueist survived a deciding frame finish with Shawn Budd in the Last 4, and then broke free from 2-2 to beat Aaron Mahoney 5-2 in the final.

Written and published by Michael Day on the 28th January 2016