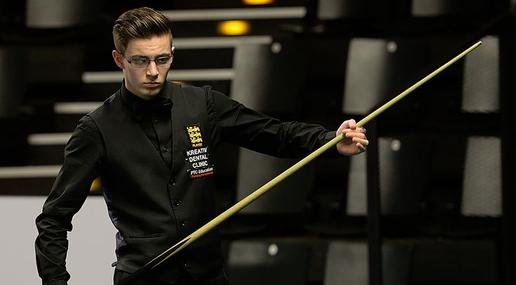 Written and published by Michael Day on the 8th January 2018

£10,000s worth of prizes were claimed during the LITETask Pro-Am Series 2 Grand Final at the Northern Snooker Centre on Sunday, which was won by amateur Ashley Carty.

The tournament was the culmination of 6 previous qualifying competitions held at the same venue between June to November last year, with the Top 32 from the ranking list invited to part. 6 different winners came from those qualifying events.

There was a real cosmopolitan feel to the line-up with current professionals, (giving away 18 points each frame) former main tour players, well-known amateurs and talented youngsters all taking part.

Peter Lines was the Number 1 ranked seed having finished top with a victory, alongside a Runners-Up and Semi-Final finish too. However, Lines' bid for the £4,000 top prize was dashed by Carty in the Last 16, 4-2

Carty would go on to defeat Kuldesh Johal, Brandon Sargeant and Barry Pinches in the Quarters, Semis and Final respectively, and without dropping a frame in those three matches.

All five professionals taking part were eliminated before the Last 4 stage.

Besides the £4,000 Carty banked, Pinches pocketed £2,000 whilst Semi-Finalists John Whitty and Sargeant