MD's BLOG - SHOULD PLAYERS BE ALLOWED A WARM-UP?

Okay, maybe not that kind of Warm-Up.

Before winning the Champion of Champions last week, Shaun Murphy (who is often keen to air opinions in regards to changes for the game), re-suggested that players should be allowed a practice period, or warm-up, on the table they are about to compete on. This thought was backed up by fellow professional Matthew Selt on Twitter.

Crazy idea? Perhaps not. I look at the pros and cons of it...

Do conditions in Snooker make much of a difference?

For sure, the differential in terms of quality of table in professional events is very minimal nowadays. They will certainly play a lot more consistent then your local club or league scene set up!

However, there are differences between tables. Practice tables will play different to tables in the venue, the TV Table with all the lights on it will play different to 'outside' tables. On another note, maybe slightly tongue-in-cheek, but Selt on Twitter a few weeks ago said how nice it is for Ronnie O'Sullivan to play all his games on the same TV Table at the recent English Open in Barnsley.

Yes, I should imagine that was an advantage, but in my opinion Ronnie has earned his status. You wouldn't see Roger Federer on an outside court at Wimbledon.

I'm not sure how often, but cloths also get changed during events, so that can be a factor. Obviously a new cloth can play significantly different a few days later. Who remembers the cloth they put on for the 2013 World Championship Final between O'Sullivan and Hawkins? It was visibly slower than the rest of the event; even O'Sullivan make a remark about it. What about the right-hand table at the Crucible in 2015? Some of the bounces on that were horrific!

Outside conditions and location can affect things too - for example if it is humid or damp. I understand it is not so much of an issue today (if at all) but when players went overseas to countries in Asia for example table consistency was talked about with cloths playing heavy.

Other variables may include the balls themselves in terms a light/heavy cueball (extremely rare, though) and the surroundings, for instance how close the crowd are, dividing walls, the TV cameras.

Having watched the Champion of Champions last week, the table seemed beautiful, but it was noted in commentary how certain players were refusing to play balls down the top cushion on Day 1, perhaps because they didn't know whether the pockets were playing tight/generously.

What do other sports do?

Conditions probably play a bigger part in other sports, but when you condense it, Cuesports are precision sports where millimetres count and come into play more often than others.

Having thought about it, most major sports get the opportunity to practice on the surface they will be competing on. Football/Rugby play on the surface beforehand, Cricketers get to look at the wicket and outfield, Tennis players have a practice - this is just to name a few.

However, those previously mentioned sports are more 'physical' sports, so their practice period is probably more of a warm-up than an inspection of the conditions. Having said that, Darts players come to oche and have practice throws before they begin properly.

How would/could it work?

I'm not sure. I guess that would be open to debate and discussion.

As a player myself (albeit not a professional one!) I played a couple of events on the Great British 9 Ball Tour a few years ago. Before the match began, both players were allocated a very small practice on the table they were about to play a match on. Players could forfeit the practice if they wanted. By memory I can't remember how long the practice lasted but it was certainly at least a rack (frame). Bear in mind, though, the break plays a big part in Pool so I think this may have been a big factor too for the 'warm-up'.

I think the pro player Allan Taylor said during the World Under 21 Snooker Championship in China earlier in the year players were allowed to practice on the table before their match, although this is not confirmed and I don't know any more details.

Interestingly, from a previous experience, I recall going to a Premier League match in Paington years ago (either late 90's/early 00's) to watch Jimmy White versus Ronnie O'Sullivan.

Me and my Dad got there in due time before the match began. We saw O'Sullivan playing a line-up on the table with not long to go before the actual break-off time.

Deliberately or not, as this was a one off league weekend, I'm not sure there was a practice table backstage for the players, so this was probably their only opportunity to get their arm going. It was strange to see, but it was a similar atmosphere to what you see in Tennis when the players are warming up - the crowd could talk and move about.

For reference, it was a great match which ended in a draw!

If something like a warm-up was introduced, I guess it would need to be done immediately before the match, but dependant on how tight the schedule is.

There are real merits to this idea being a part of snooker - we all want to see the bar and standard raised.

However, practically, there could be some issues with it.

I guess some of the charm of our sport is seeing how players adapt to conditions during the intensity of a match. There is drama in a miss or a big bounce, it adds to the unpredictability. As fans, do we want a perfect playing environment?

Also, imagine you are a Crucible debutant. Would some of the magic be taken away if you went out before your match. Your walk on introduction could feel different if you've already been on the playing floor.

The 'Warm-Up' idea is certainly a legitimate one, though, and one that should be discussed at a higher level. It would be intriguing to hear what other players think about it.

What are your thoughts? Let me know on either Facebook, Twitteror email (michaelday@thecueview.com).

Written and published by Michael Day on the 14th November 2017 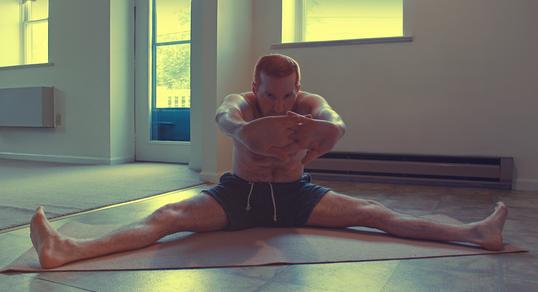